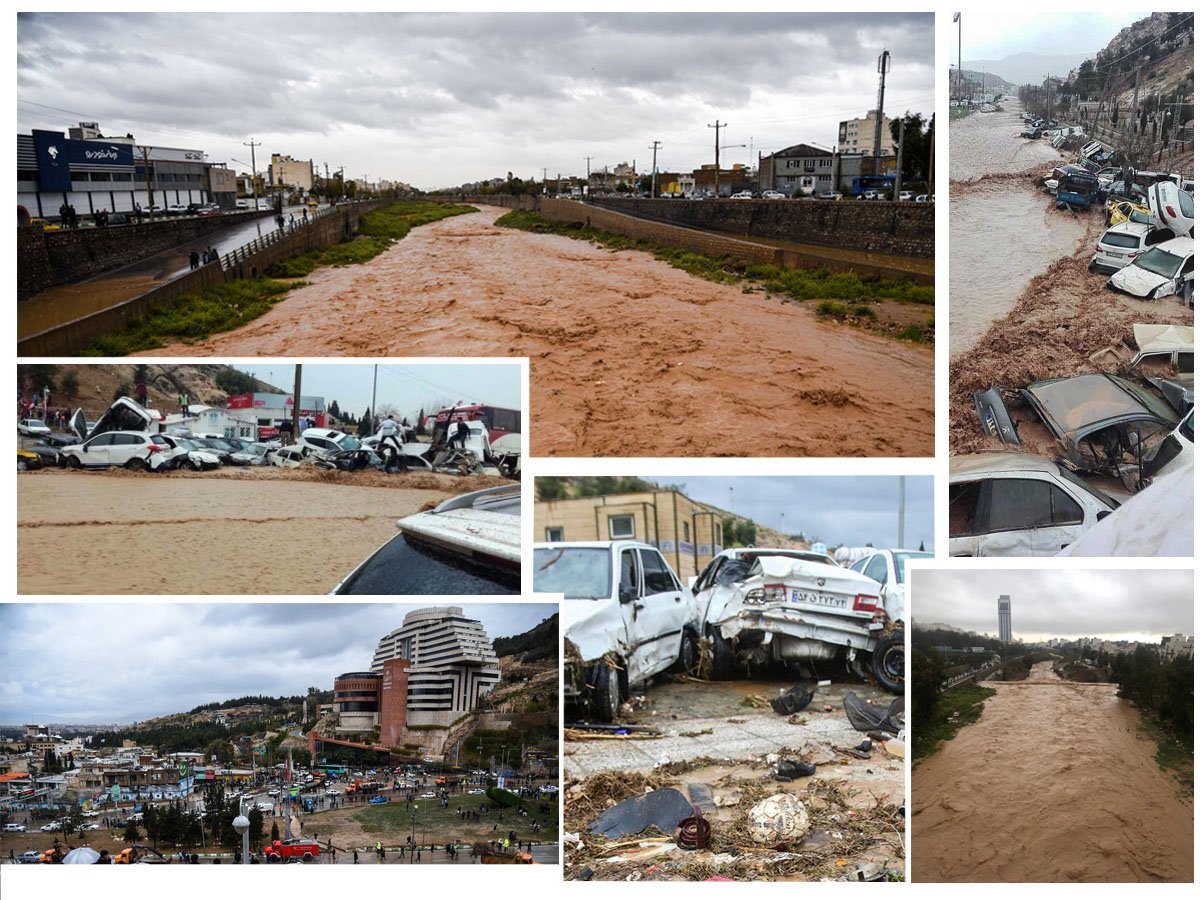 The people have not been given any support by their local authorities and the regime has tried to cover up the extent of the devastation. It has been reported that journalists have been blocked from entering hospitals so that they cannot write or speak about the number of killed or injured.Tehran, the nation’s capital, is about to face a crisis because of the rising water levels. The city, which is home to 9 million people, is being spoken about widely on social media.

Videos of the extensive damage in other areas of the country are also being shared and the desperation of the people is palpable. Some are taking refuge on the rooftops of buildings.
Landslides are blocking roads across Iran and villages are being cut off from the rest of the country. Clean water supplies have been cut and many people do not have access to potable water.

The Iranian government, for years, has been destroying the environment through its destructive policies. Authorities have been over-constructing for a long time and it has destroyed the natural flood barriers that were in place. Furthermore, the government has been shirking its responsibility and the Supreme Leader of Iran, Ayatollah Ali Khamenei, even spoke about the hassle this has caused authorities.
It is a hassle that the people of Iran could do without, and one that has increased the suffering that the people are already enduring. Instead of putting measures into place to help the people, the Supreme Leader has instead decided to put measures in place so that popular protests are contained.

It is quite frankly shameful that the people of Iran, simply because of their incapable and corrupt leadership, have to suffer more than the people of any other country in the world when faced with similar circumstances.
These floods, or at least the impact of flooding, could have been controlled or prevented had the government put measures in place. But projects like this have not even been planned because the funds do not exist. And they do not exist, not because the nation is poor, but because the ruling system has plundered the nation’s wealth on terrorism and the spread of chaos across the region.

Mrs. Maryam Rajavi, the president-elect of the National Council of Resistance of Iran (NCRI), has called on the people of Iran to support each other in any way they can. She said: “I call on the people of Iran and especially the youth to form popular councils in every city, neighborhood and village to confront the flash floods and their disastrous consequences, and to help the people who have suffered in the floods.”
The people deserve better – better than their current conditions and a leadership that puts the people first.

Iran sentences woman to flogging and jail, man to execution