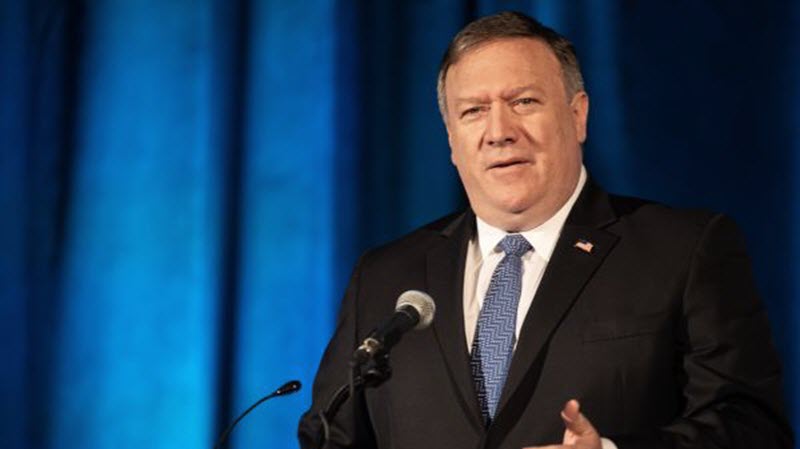 London, 29 March – Last Friday, U.S. Secretary of State Mike Pompeo called on the people of Lebanon to stand up to the terrorist Hezbollah group and its “criminality, terror and threats”. He made it very clear that the United States would be applying additional pressure to both Iran and Hezbollah – Iran’s Shiite ally.

Pompeo also said that the people of Lebanon are being given a choice – to “bravely move forward” or to “allow the dark ambitions of Iran and Hezbollah” dictate their future. He emphasised that the United States would continue to curb Iran and Hezbollah’s malign influence as peacefully as possible.

The Trump administration has identified Iran as the main threat to peace and stability in the Middle East and its ally Hezbollah is just as destabilising.

However, Lebanese officials are reluctant to take heed of anything the United States has to say on the subject. Just minutes before the U.S. Secretary of State made his comments during the public statement in Beirut, the Lebanese Foreign Minister, Gebran Bassil, said that Hezbollah is quite simply a Lebanese group that was elected by the people. He outrightly denied that it is a terrorist group.

The trip to Beirut was part of a tour in the Middle East that the U.S. Secretary of States embarked upon. He spoke with the Prime Minister of Israel Benjamin Netanyahu on a few separate occasions and reaffirmed the United States’ commitment to increasing pressure on Iran.
The U.S. sanctions on Iran have had a major impact on the country’s economy and they have hindered Iran’s ability to finance Hezbollah and other proxy groups and militias across the Middle East.

Pompeo specifically urged Lebanon to ensure that the country does not allow Hezbollah to use the country’s banking sector to get around U.S. sanctions. President Michel Aoun and Foreign Minister Gebran Bassil (Aoun’s son-in-law) responded by saying that Hezbollah forms a crucial part of the country’s government and that it does not present a threat to the country.

These officials have committed an error that they may well come to regret. They are acting as defenders of the terrorist group and they could easily lose the millions of dollars that the United States provides to train its armed forces. They have also shown that they do not care about safeguarding the country. Their priority is clearly to stay on the good side of Hezbollah in the interests of next year’s elections.

The people of Lebanon are in a situation where they are too afraid to speak out about the situation in the country. However, like the people of Iran, they can be reassured that the Trump administration is doing what it can to counter the threats that both countries present.

The people of Iran are hoping to see the collapse of the Mullahs very soon. They are past the point of caring about potential reprisals against them and they are continuing to risk arrest, imprisonment, torture and even execution to make sure that their silenced voices are now heard.