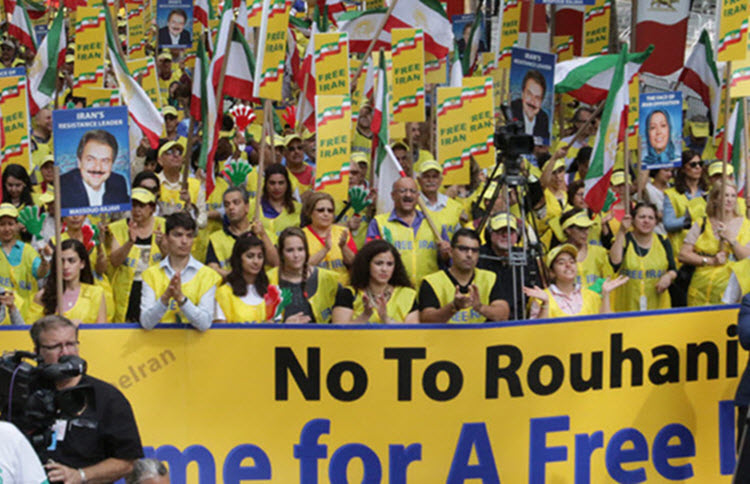 “We are in a very difficult situation now; more difficult than can be imagined “– said Hassan Rouhani, Iran’s president.

This statement alone shows just how sensitive the regime’s current situation is. Last year’s revolution was when it all started; when the world witnessed Iranians rallying on the streets and calling for the regime’s subversion.

In the coming days and weeks, the supporters of People’s Mojahedin of Iran (MEK) and National Council of Resistance of Iran (NCRI) will participate in several gatherings around the globe, which hold significant importance.

With the ongoing changes in Iran’s economy and politics, the realistic approaches of US against the regime, and the bravery of Iranians and MEK, the cruel regime is almost coming to an end.

As we all recall, last June the regime had a failed attempt at a terror attack on the NCRI’s annual Free Iran rally in Paris; which is why our presence in this year’s gathering is very important; we must spread our message loud and clear, that we’re not and will never be okay with this oppressive and terrorist government.

The rallies of MEK supporters will commence on15 June in Brussels, and will then move to US and Germany; the emphasis will be on the subversion of the oppressive regime and its affiliated security forces (who are consistently linked with terrorism), as well as the official recognition of NCRI as an alternative; the MEK supporters will call on the US to add Iran’s Ministry of Intelligence to its list of terrorists, just like it did with the Revolutionary Guards.

Organizers expect a strong attendance in the upcoming gathering.

AFP: Iran has arrested more than 15 people for...