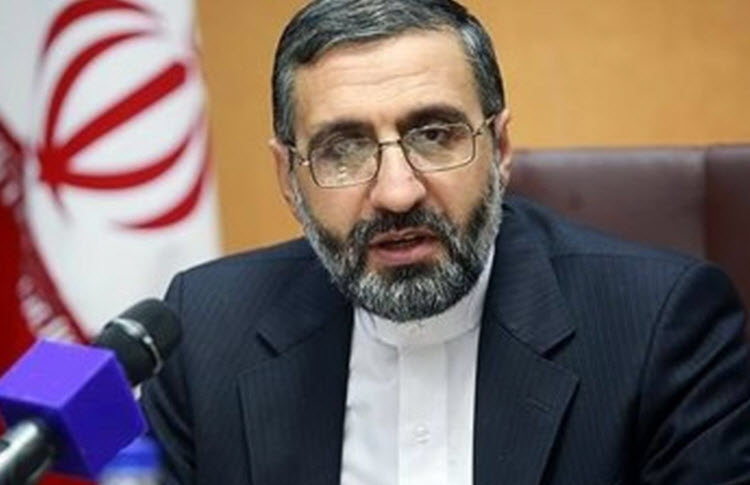 A spokesman for Iran’s Judiciary has outright rejected that there are political prisoners in Iran, despite a wealth of information proving that the contrary is true.

Political prisoners in Iran have been mistreated for decades. They are often locked up for long periods of time, sometimes in solitary confinement and sometimes in the same wards as violent criminals. They are routinely denied the most basic of rights – rights that should be guaranteed under international law.

He was asked why political prisoners are kept imprisoned in the same wards as criminals charged with other crimes. But Esmaili said that often people who commit “crimes against security” claim to be political prisoners. Regulations in the country state that prisoners must be kept in different wards on account of the type of crime committed and previous history. Prison regulations, article 69, states: “All convicts, upon being admitted to walled prisons or rehabilitation centers, will be separated based on the type and duration of their sentence, prior record, character, morals and behavior, in accordance with decisions made by the Prisoners Classification Council.”

Esmaili also declared that the members and affiliates of the Mujahedin-e Khalq (People’s Mojahedin, PMOI, MEK), the main opposition to the Iranian regime, that are currently in prison are not considered political prisoners. He said that they are dissidents that are working against the revolution and the system.

At the beginning of the year, Sadeq Amoli Larijani who was then the head of the country’s judiciary, also denied that there are political prisoners in Iran. He explained that political offences and security offences are classed very differently and that there are separate ways for the judicial system to deal with each offence. This basically indicates that the authorities are trying to get around international laws and regulations through a use of different terminology.

The political prisoners in Iran include hundreds of members of several religious minorities, especially those from the dervish community, Bahais and people who have become Christians. There are also a large number of journalists and people affiliated to political groups.

Amnesty International has drawn attention to Iran’s treatment of political prisoners, emphasising that they are often put through inhumane interrogations and torturous periods of solitary confinement. It also highlighted that “confessions” are forced by brutal and violent prison officials and many have been systematically denied necessary and urgent medical attention.

The organisation also highlighted that the conditions in prison are appalling, with there being limited hot water, insufficient food and water, overcrowding and a lack of beds, unsanitary conditions and extremely poor ventilation.

In February this year, Amnesty International noted that the human rights situation in Iran is “severely” deteriorating and that restrictions on the people of Iran are very concerning.

US lawmakers urge release of Christian in Iran

AFP: US lawmakers on Thursday pressed for the release...

Washington Times: More than four decades ago, while I...