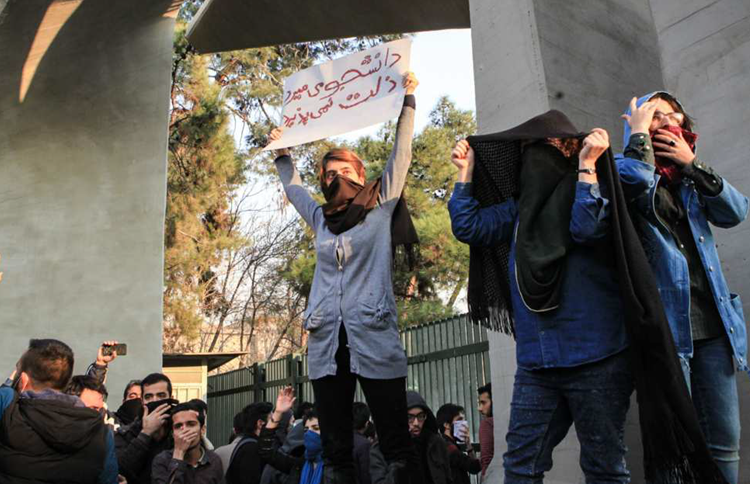 Former Iranian President Mohammad Khatami, a member of the so-called ‘reformist’ faction, said that the “dangers” of regime change by and for the people of Iran will only increase as the public become more disillusioned with the supposed reformists.

Khatami, who was once called the “leader of the reform”, was speaking before a group of engineers when he made these comments, according to the state-run Jamaran website.

He said: “If people become disillusioned with reforms, it will slowly strengthen the idea of overthrowing (the regime) and maybe, God forbid, they will achieve their goal. Therefore we have to answer to the people and even if reformists can’t do anything, they have to tell the people.”

The former star of the so-called reformist faction was the president of Iran from 1997 to 2005, before so-called hardliner Mahmoud Ahmadinejad took power for the next eight years.

Of course, what he is saying is nothing new. The Iranian people, their resistance, and the world have known for years that there is no difference between the warring factions, it’s merely a power struggle. The problem is that the international governments ignored this in order to avoid war with Iran.

The Iranian people have been taking part in a nationwide uprising for over a year, during which they made it clear that they do not trust the so-called reformists. In the December 2017 uprising, protesters all over the country could be heard chanting “reformists, hardliners, the game is now over”, which signalled that they want all of the mullahs to fall and soon. The protesters could also be heard chanting slogans like “death to the dictator”, “death to [so-called reformist President Hassan] Rouhani”, and “death to [so-called hardliner Supreme Leader Ali] Khamenei”. These chants could carry the death penalty and have rarely been used before, even in the Iranian people’s biggest protests before. This shows that things are changing and that the people want the end of the regime and the beauty of regime change is that there is no war, according to Iran watchers.

Now, during the uprising, Khatami said that the protesters were not supporters of regime change or “subverters” to use the exact translation from the Farsi “barandaz”. Iranians responded on Twitter by using the hashtag #IAmBarandaz and used social media to point out that there is no difference between the hardliners and the reformists, so all the mullahs must go.

On a separate note, Khatami also defended Iran’s downing of an unmanned US drone, saying it was “a sign that Iran is ready” and “a message that we will defend our territorial integrity”.