Iran: The regime denies the people of Iran decent lives in favour of funding war 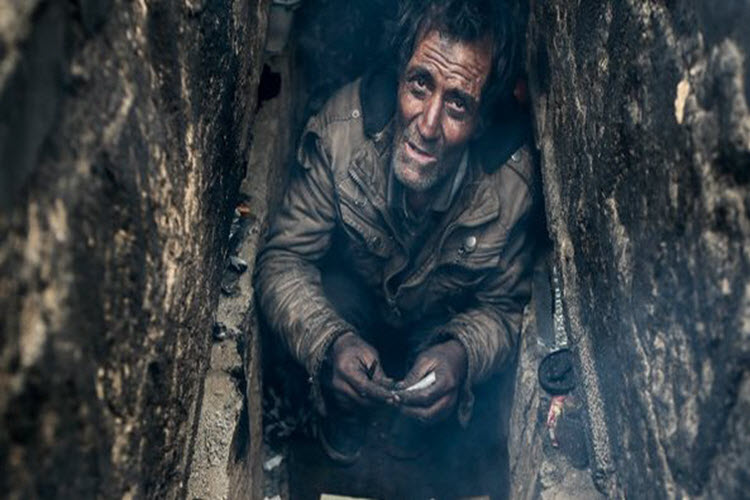 London, 6 Jan – Mainstream media has recently reported the stark reality of life in Iran for the poor. Images of Iranians sleeping and living in pre-dug graves were diffused. These people are simply trying to survive the harsh conditions of winter in Iran. The tyrannical regime has tried to cover the story up and hide the truth, but mainstream media is starting to uncover more truth about the reality of life in Iran.

Speaking about those living in the pre-dug graves, deputy health minister Mohammad Hadi Ayazi said: “It is quite terrible for people to be homeless and even sleep in graves, and for 7,500 ‘grave sleepers’ to be rounded up in a single day.” He added that there are “1.35 million drug addicts across the country and one in every four marriages ending in divorce” but it must not be forgotten that the regime tends to downplay and underestimate real figures.

Social issues are prevalent in a country where the people are repressed in unprecedented ways and the government’s corruption is making matters worse. The wealth of the people is plundered by the Iranian regime. On top of this, the country’s wealth – oil and gas – creates great revenue, but it is sent abroad to keep the war going in Syria as well as to fund militias. Furthermore, millions are spent on the nuclear program and ballistic missiles. And this is despite the nuclear deal that was signed.

Following the nuclear deal in which billions of dollars were freed up for Iran, one would imagine that the extreme poverty, unemployment and dire social conditions in the country would have improved. But it didn’t. The situation is still the same. The majority of people in Iran live under the poverty line.

The National Council of Resistance of Iran (NCRI) reported that the prosecutor of Tehran revealed that almost 25 billion dollars of the Teachers and Educators Reserve Fund had been plundered.

So the regime that has the means to improve the living conditions of its country is wasting sizeable income on funding conflict abroad, leaving its own people to suffer and die in miserable conditions.

AFP: Iran's hardline Revolutionary Guards are to put on...