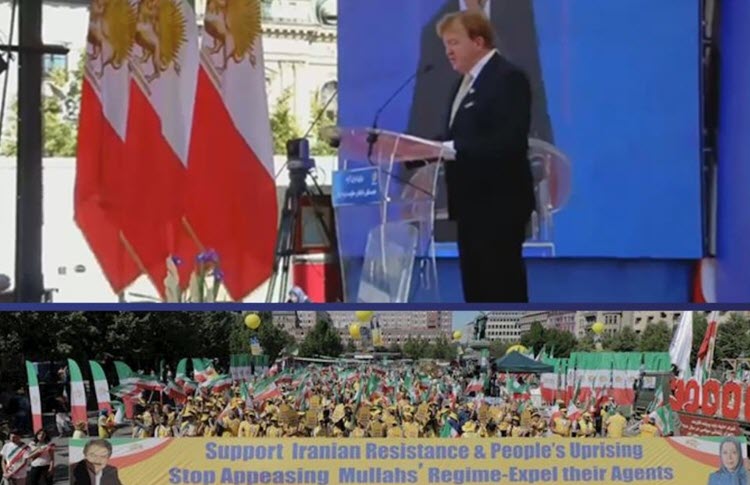 Irish senator John Perry urged the Swedish government to distance itself from the regime in power in Iran by supporting the democratic alternative to the regime.

Mr. Perry was addressing a 5000 strong rally by Iranian expatriates in Stockholm in support of democratic change in Iran by the Iranian resistance movement.

The National Council of Resistance of Iran (NCRI) which comprises the Mojahedin –e-Khalq (MEK) organization has recently held a number of rallies in European capitals as well as in Washington urging Western countries to stop what is called the “appeasement policy” towards Iran and supporting the NCRI and the MEK.

The recent flare-up in the Persian Gulf was not absent from the rally. “Yesterday, we saw that the Iranian regime is a threat to the world. The regime thinks it can extract more concessions by taking our ships hostage,” said the Irish Senator in his speech.

“In the past four decades, this regime has been terrorizing its own citizens with impunity. Many of you are victims of that regime,” he added.

“I have no doubt that you will achieve freedom and democracy for your people,” Sen. Perry added.

“Many international dignitaries have called on the EU to abandon the appeasement policy toward the regime and hold its leaders to account for their atrocities. I call for a European policy that supports the aspirations of the Iranian people for freedom,” he stressed.

“I call on the Swedish government to support the democratic alternative to this regime,” Sen. Perry concluded.

This was the fourth consecutive MEK rally in Europe and the United-States with the opening in Brussels on June 15, followed by a second rally in Washington DC in front of the White House on June 21 and a huge rally of 15000 people in Berlin on July 6. 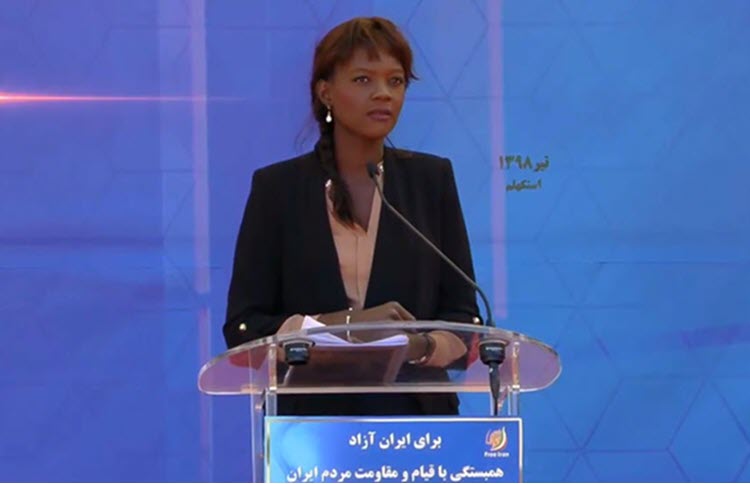 A video-message by the president-elect of the National Council of Resistance of Iran (NCRI) to the demonstrators followed her remarks.

Thanking the participants for their presence, Mrs. Rajavi said: “The time has come for putting an end to the appeasement of the religious fascism in Iran. There are no more excuses for overlooking the enemy of the people of Iran. No longer can anyone claim that the regime has no alternative, and that this regime is better for the people of Iran,” said Mrs. Rajavi. 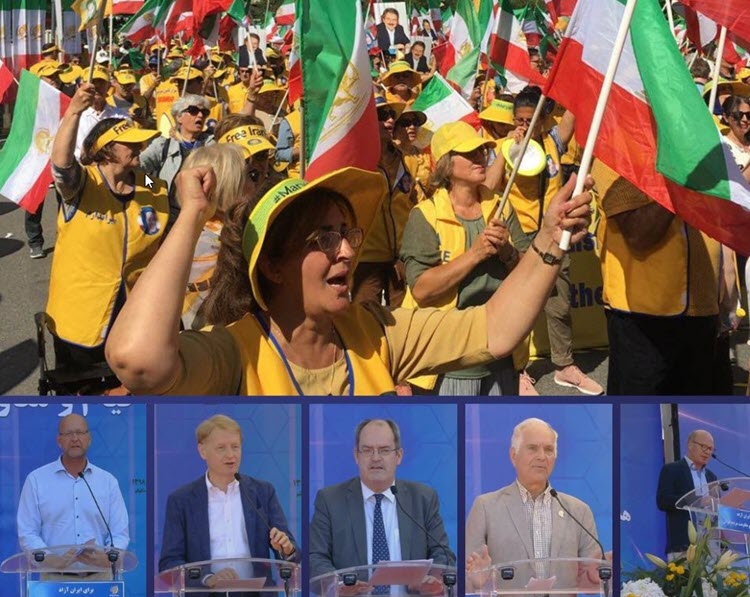 The rally was followed by a spectacular march.

New evidence of Iran support to Assad, while congress moves to arm rebels

ABC News: The United States has new evidence that...