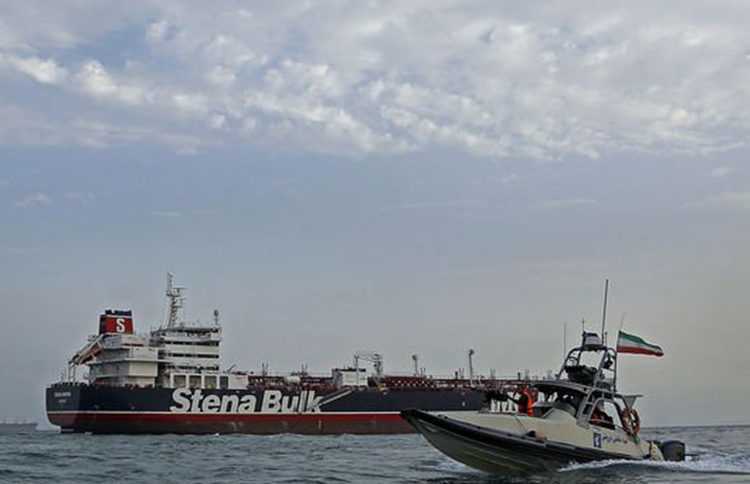 British Prime Minister Theresa May will chair a meeting of the government’s emergency committee COBRA today following Iran’s seizure of a British-flagged tanker in the Gulf, where she will receive updates from ministers and officials, as well as discuss how to maintain the security of shipping in the area.

Foreign Secretary Jeremy Hunt is later expected to update MPs on the measures to be taken, which might include freezing Iranian assets.

The Stena Impero tanker’s detainment showcases how tensions between the UK and Iran have been rising in recent weeks, especially after Britain helped seize a tanker carrying Iranian oil to Syria, in violation of EU sanctions.

The British oil tanker was seized on Friday in the Strait of Hormuz by the Iranian Revolutionary Guard who said that the Stena Impero was “violating international maritime rules”; a claim that seems unlikely. In fact, Hunt said the tanker was illegally seized and expressed “extreme disappointment” that Iran had failed to de-escalate the matter.

It is likely that this was revenge for the UK’s legal detainment of the Iranian tanker Grace 1 two weeks ago, as Iran did threaten to seize a British oil tanker in retaliation. After all, Iranian Foreign Minister Javad Zarif tweeted Saturday that Britain “must cease being an accessory to economic terrorism of the US”.

The Stena Impero is still being held in the port of Bandar Abbas, in southern Iran, but the 23 crew members, who are Indian, Russian, Latvian and Filipino, have all been taken for “questioning”. Requests made by Stena Bulk, the tanker’s owner, to visit the crew have been ignored.

A relative of one Indian crew member, who didn’t want to be identified, said the family is concerned that they have not heard from him, but are reassured about diplomatic efforts to free the ship.

The White House said this seizure was the second time in just over a week that the UK had been “the target of escalatory violence” by Iran.

While Jean-Yves Le Drian and Heiko Maas, the foreign ministers of France and Germany, respectively, condemned Iran’s actions and agreed that safe passage through the Strait of Hormuz is a top priority for Europe.

Tensions have been rising in the Gulf since the US tightened economic sanctions against Iran earlier this year. Then, there were several attacks on tankers, which the US blamed on Iran.

Afghan inks deal with Iran for access to seaport

AP: The Afghan government has signed an agreement with...