Protests and Strikes Continue in Several Cities Across Iran 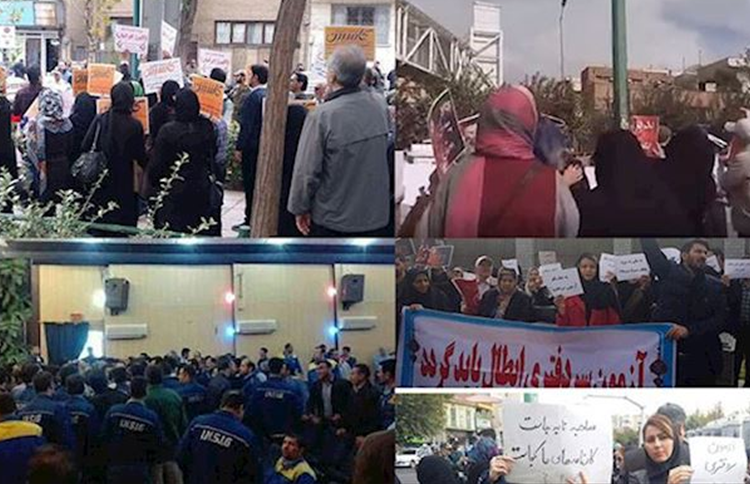 This week, people in several Iranian cities held protests and strikes, expressing their discontent and anger over the Iranian government’s policies, poor economic conditions, and the authorities’ disregards for their demands.

On Thursday, August 1, 2019, families of Kalaleh municipality workers in Golestan province rallied to protest against low salaries and against the contracting company of the state’s governing body in the city.

The protesting families said to the government’s plundering agents, “Can the authorities live on a salary of one 1.4 million tomans?”

On Thursday, a group of taxi drivers in the Gonbadkavoos freeway stopped working and went on strike in protest to the government’s failure to respond to their demands, including low income and poor housing.

On Wednesday, July 31, 2019, a group of Kaldoozakh line bus drivers protested against the removal of the station at their workplace and car fines and lack of job stability. The protesters gathered in front of the governorate in Izeh, Khuzestan province.

Washington Times: The Pentagon is updating its options for...