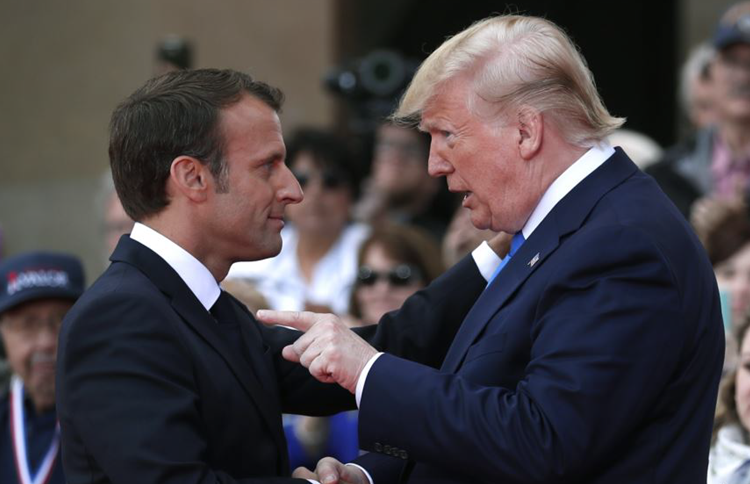 Tensions between the United States and Iran have been escalating over the past few months. Tensions have also be rising between Iran and the Europeans, especially with the United Kingdom that has had one of its tankers seized by the notorious Islamic Revolutionary Guard Corps (IRGC).

However, despite condemning the Iranian government for its belligerence and describing the seizure of the Stena Impero and its entire crew as “piracy”, the United Kingdom had not gone much further than joining the US-led maritime security mission to safeguard interests in the Gulf and in the Strait of Hormuz.

A European-led mission failed to materialise and it appears that a number of European leaders are desperate to keep appeasing the Iranian government.

US President Donald Trump has been very clear about the direction foreign policy towards Iran is going. He has said that the United States is putting Iran under a maximum pressure campaign in order to get Iran to change its behaviour and to get it to come back to the negotiating table.

However, yesterday, Trump said that French President Emmanuel Macron is sending “mixed signals” to Iran and asked him to stop speaking on behalf of the United States.

In the message on Twitter, Trump said: “Iran is in serious financial trouble. They want desperately to talk to the U.S., but are given mixed signals from all of those purporting to represent us, including President Macron of France. I know Emmanuel means well, as do all others, but nobody speaks for the United States but the United States itself. No one is authorized in any way, shape, or form, to represent us!”

France is still part of the Joint Comprehensive Plan of Action (JCPOA), or 2015 Iran nuclear deal as it is known, and has reaffirmed France’s commitment to preserving it on a number of occasions. This is in contrast to Trump who pulled the United States out of it last year because it was not meeting its purpose and that the terms are not tight enough to stop Iran from developing a nuclear weapon.

Although Trump did not specify exactly what his tweet was referring to, it is believed that he might be talking about the report claiming that President Macron had invited Iranian President Hassan Rouhani to the G7 summit that is being held in France later this month. It was reported, although denied by a French diplomat, that Macron offered Rouhani the opportunity to meet with Trump.

Trump is calling on European officials to stop appeasing the Iranian government, pointing to the failed policies of appeasement by his predecessors.

It is very clear that appeasement does not work, according to opponents of the Iranian theocracy. The Iranian “regime” only becomes emboldened and its belligerence continues to escalate, they argue. With the Trump administration’s maximum pressure campaign, the Iranian regime is being cut off from the funds it uses to finance terrorist proxies and militias across the region. Further pressure is what is needed. Pandering to the regime will do nothing but harm, dissidents say.