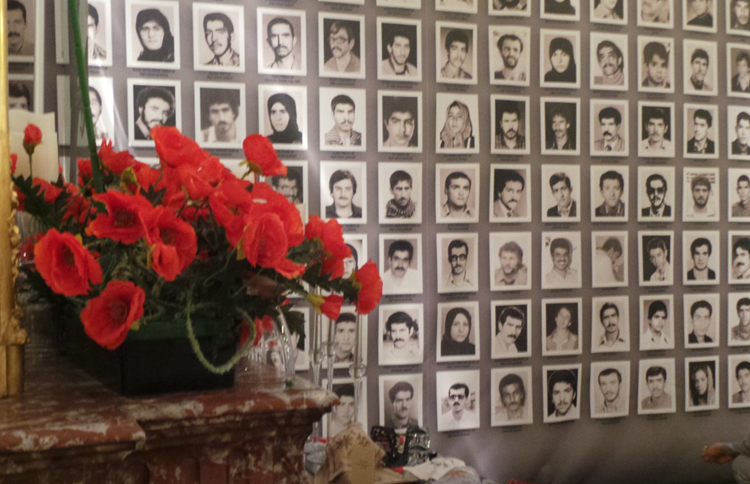 For more than 30 years, it has been Iran’s state policy to keep silent about the opposition, namely the Mujahedin-e Khalq (PMOI or MEK), and its impact, both domestic and global. A recent salvo of remarks and statements reflect a change in the regime’s policy in this regard. The new approach stems from an unprecedented MEK presence in domestic affairs. Public awareness of the group’s activities has left the authorities incapable of continuing their practice of denial.

Official remarks have defended brutal suppression against the MEK and have also expressed anxiety about the MEK’s progress and its role in organizing and galvanizing protests against the regime. Senior officials warn about “major events” that could still be forthcoming.

The officials are fully cognizant of the fact that after years of a massive demonization campaign against the Iranian resistance and systematic repetition of the claim that the MEK has no serious presence or role in Iran, acknowledging the real presence of the MEK in Iran is politically costly. However, it is evident to them that in light of the political state of affairs in Iran, they are bound to pay a price for inspiring their forces and to boosting loyalist morale.

A creator of three state TV serials targeting the MEK said in an interview on July 28: “The current strategy vis-a-vis the MEK is not one of silence. A lot of people are interested in making movies and serials about this organization and its members.

And a number of other people have also made serials about them… Prior to Armaghan Tariki (i.e. one of the TV serials), no TV serial was made in this regard. But after that managers of the state TV showed a lot of interest. In reality this organization has exposed our nuclear issues on 18 occasions in recent years and a lot of the sanctions are consequent of their activities. All of these resulted in the fact that the authorities and managers concluded that it is necessary to make movies and serials about the Monafegin.” [Monafegin, literally hypocrites, is the official pejorative term used by the regime to describe the MEK.]

Mustafa Pourmohammadi, Interior Minister in the Ahamdinejad administration, Minister of Justice in the first Rouhani administration, a key figure in the 1988 massacre of 30,000 political prisoners in Iran and current advisor to the Iranian Chief Justice, said in a TV interview published also in the state-run Mosallas review on July 24, 2019:

“MEK has destroyed our image all over the world. During the past 40 years, there hasn’t been any calamity against the Iranian regime that the MEK hasn’t played a key role in. We haven’t evened out our accounts with the MEK yet. We will make our points and statements subsequent to making our accounts even. All MEK members are criminals and must be put on trial. Unfortunately, due to the current atmosphere of the society and foolishness of some, it is us who have become accused.

Rather, the criminals must answer. What are these remarks that some are making in our country?

Ali Rabiee, spokesman for the President Hassan Rouhani’s administration, said in a statement on the state television on July 28: “The MEK is behind tarnishing the image of authorities who serve the people. Those who dishearten people from our achievements, willingly or unwillingly, follow in the footsteps of the MEK.”

Military commanders, ranking members of the IRGC, were not left out. Mahmmoud Shaeri, commander of IRGC’s 71st Division, told Soubh-e- Qazvin site on July 28: “The MEK is still a potential and current threat for the Islamic Republic. Their movement is alive. The MEK has been the basis for all of the sanctions against us. If the MEK was not around, the West still would have imposed sanctions on us; however, the MEK provides them with first-rate and accurate information.”

While underscoring that the MEK is still the most active and the most powerful opposition group against the regime, Shaeri stressed that the reason for continuation of MEK activity is its deep, calculated and judicious actions.

He pointed out that the measures exposing the MEK have not been appropriate for two reasons: “First, we portray them as a cowardly enemy and as a result we discount them. We must consider the enemy seriously, because they are still motivated and work against the Islamic Republic with proper organization and structure. Second is the danger of MEK infiltration inside the regime, which is the main obstacle in confronting them.”

“We must be vigilant and should realize that the enmity of the MEK is so profound that it will never give up on us. We shouldn’t think that if apparently they do not do anything – for instance, currently they do not carry out military operations – it means that nothing has been done. Everything that takes place in the world against us, we must know that it is the result of their lobbying effort somewhere, or a price that they have paid, or is the result of intelligence that the MEK has provided. On the issue of missiles, we witness that it was based on the information that they provided to Americans. Regarding human rights, they make up dossiers and files and provide them to Europeans and they put pressure on us in this way. They use all the leverages against us. We should be aware of this and should be vigilant.”

Conference on the failure of MEK from the past to present

IRGC Brigadier General Kousary: “They are currently mostly active Cyberspace… They work on authorities as well as the economic situation. They have had these activities and still do.”

Head of Habilian Association, Hasheminejad: “The presence of 1500 people rounds the clock in three shifts indicates that they had planned the protests and this was done in service of the global arrogance. As our officials pointed out, planning of the enemy played a key role in the unrest that took place in our country in 2018. So, our attitude must recognize the enemy and its targets, so that we will be able to counter them.”

“Foreign social media platforms are the fields of new terrorism of the MEK. They try to have a negative impact on public opinion and perception of the society, and to imply despair, disappointment and failure of the Islamic Republic. In my opinion, the new war with the MEK in cyberspace is more difficult than the Mersad operation.” [Mersad, or Operation Eternal Light, was a major offensive by the Iranian resistance that penetrated 100 miles inside of Iran and captured two cities in July 1988. shook the regime to its foundation.]