Six Protests in Iran Over the Weekend 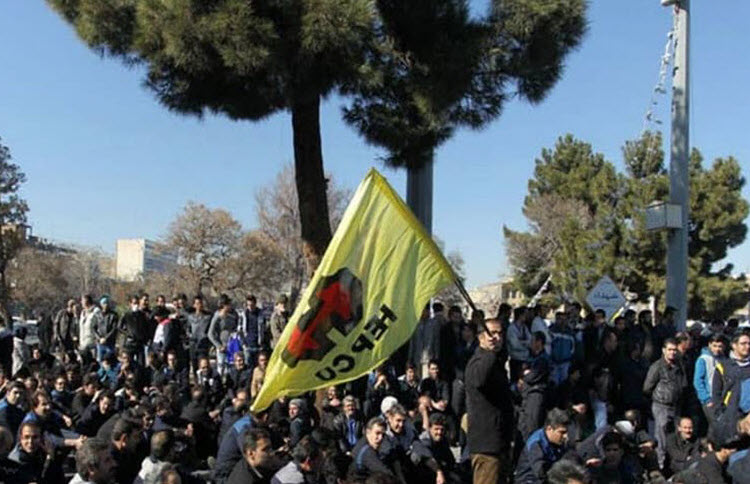 There were at least six protests held across Iran on Saturday by people from various subsections of the Iranian population, including defrauded car buyers, disabled people, and Iranian workers, in the cities of Tehran, Arak, Ahwaz and Rasht.

In the northern city of Rasht, a group of defrauded investors of the Adineh Complex gathered in the city’s prayer centre to demand the return of their stolen savings. They said that, despite the pre-sale of the complex, the construction was still not completed.

In Tehran, many people who are disabled gathered outside the Presidential Office to protest the failure of the government to enact disability laws passed in 2017 and blamed the government for the injustices against them. The ILNA state-run News Agency said that the protesters chanted “disability laws have to be carried out”, “we have so many problems that the government does not know about”, and “our rights are being violated”.

In Arak, temporary workers of the Islamic Republic of Iran Broadcasting (Seda and Sima) gathered to protest their poor working conditions, highlighting that they did not have job contracts or insurance, with their pay also being less than the legal rate.

Also in Arak, dozens of workers from heavy equipment manufacturer HEPCO held a demonstration outside the factory to demand the payment of the months-delayed wages and protest the undetermined state of the company.

ILNA reported that the workers were worried about job security and that the CEO had given workers forced leaves without pay. In the past five months, workers had only received one month of complete wages.

While, on a related note, a number of workers at the Fasa Sugar Cube factory in Fars province, in the southwest of the country also held a protest to demand months of their unpaid wages.

This was also the issue that drove protests by a group of workers from RAMCO (Rehabilitation & Maintenance Petrochemical Co.) in Ahwaz, which is also in southwest Iran. The workers were demanding six months of their unpaid wages and they held large banners asking the Governor of Ahwaz to see to their economic grievances.

These protests are perhaps best summed up by a tweet from Iran News Wire: “The regime ignores the economic woes of Iranians even while most of the population live in poverty.”

Most Iranians, particularly the working class, are feeling the full effects of the current economic crisis, which is the result of 40 years of the authorities’ corruption and mismanagement.

The Guardian: The European powers secured a pledge from...