Eight Protests Across Iran on Tuesday and Wednesday 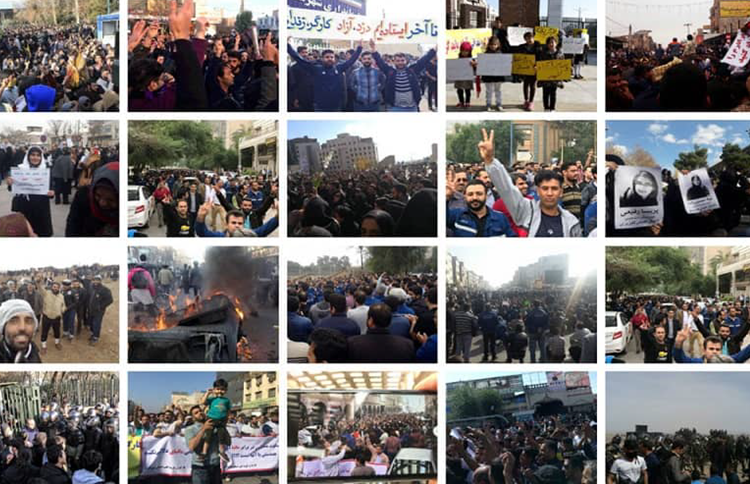 Iranian workers and defrauded investors held at least eight protests in various cities to demand their economic rights, according to reports gathered by Iran News Wire.

On Wednesday, defrauded creditors of the Shadi Gold Institution held a protest outside the Tehran Judiciary building to demand the return of their stolen savings. A video posted on social media showed the mainly female protesters chanting and asking for justice.

Also in Tehran on Wednesday, a huge group of car buyers defrauded by Ramak Khodro held a protest outside a Tehran court, during a hearing into the corruption of the car company, to demand their money back.

Over 7,000 people have pressed charges against the company, saying that two years after buying the cars they still have not received them.

Outside Tehran’s Public and Revolutionary Court on Wednesday, participants in a public notary test gathered to demand the annulment of the test; although it was not clear why.

In Arak, western Iran, on Wednesday, a huge group of workers from HEPCO, the largest heavy equipment manufacturer in the Middle East, gathered for the fifth consecutive day of protests outside the province’s judiciary to demand their unpaid wages, protest the poor working conditions, and raise their concerns about the undetermined state of the company.

The workers had previously gathered on Tuesday, for the same reasons, but this time blocking the north-south railway.

The workers told ILNA News Agency that they were worried about job security, that the company’s CEO had forced workers to take absence without pay, and the workers had only received one month of their complete paychecks in the past five months.

Also on Tuesday, members of the Tehran Electrical Workers’ Housing Cooperatives gathered outside the Ministry of Labor to protest that they still have not received the land they bought years ago. The protesters said that the Municipality of Hashtgerd was supposed to divide 38 pieces of land for 1,970 people.

While Farabi Petrochemical Company workers went on strike to protest the expulsion of 12 of their fellow workers and the violation of their rights, telling ILNA that the bosses had not fulfilled their promises.

In Western Azarbaijan, pensioners of the province’s Telecommunications Company gathered outside the Central Telecom Department on Tuesday to demand their unpaid pensions, telling ILNA that around 500 pensioners from the telecom company were demanding regulations be met.

These protests continued despite the Iranian government’s widespread crackdown on dissent.

Iran’s People Have Little to Be Thankful For

AFP: US President Barack Obama condemned as a "barbaric...