U.S. Ratchets up Pressure Against Tehran 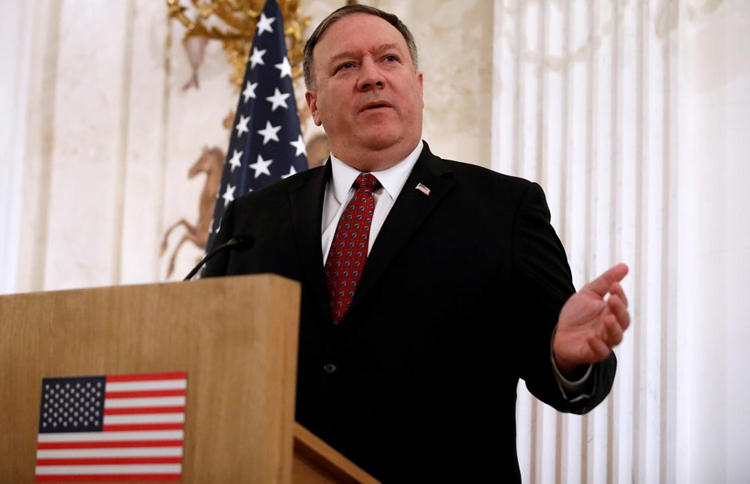 While the Iranian government tries to exude power and show that it has the advantage in its ongoing confrontation with the U.S., Washington is mounting the pressure on Tehran. Following a statement by the U.S. State Department on August 28, which slapped fresh sanctions against several Iranian institutions and individuals, U.S. Secretary of State Mike Pompeo tweeted the following:

Today, the U.S. sanctioned entities responsible for moving over $1 million worth of proliferation-sensitive electronic parts and aluminum alloys for the Iranian regime. U.S. pressure will continue until the regime changes course.

Today, the U.S. sanctioned entities responsible for moving over $1 million worth of proliferation-sensitive electronic parts and aluminum alloys for the Iranian regime. U.S. pressure will continue until the regime changes course.

Pompeo also said in a statement on August 28, 2019: “Today, the Department of the Treasury designated nine entities and individuals based in Iran and one entity based in Hong Kong for supporting Iranian proliferation-sensitive procurement efforts. The individuals and entities named are linked to organizations such as Iran’s Aviation Industries Organization, which manages Iran’s military aviation industry, Iran Electronics Industries, which is owned by Iran’s Ministry of Defense Armed Forces Logistics, and an entity that supports the Islamic Revolutionary Guard Corps and Iran’s Naval Defense Missile Industry Group.”

Pompeo added that with the latest U.S. action, the sanctioned individuals and entities will be denied access to the U.S. financial system and listed online as proliferators of weapons of mass destruction.

“In addition, a freeze will be placed on any U.S. assets. Non-U.S. persons who knowingly provide significant goods, services, or support to the individuals and entities designated today may themselves face sanctions consequences”, Pompeo said.

“The Iranian regime continues to foment regional conflicts, develop and proliferate ballistic missiles, hold foreign citizens hostage, brutalize its own people, and sponsor terrorism on an unprecedented scale. It is also expanding its uranium enrichment-related activities. The United States will continue to increase pressure on the Iranian regime until it changes its behavior”, he added.

Reuters: Iran will pursue construction at the Arak heavy-water...