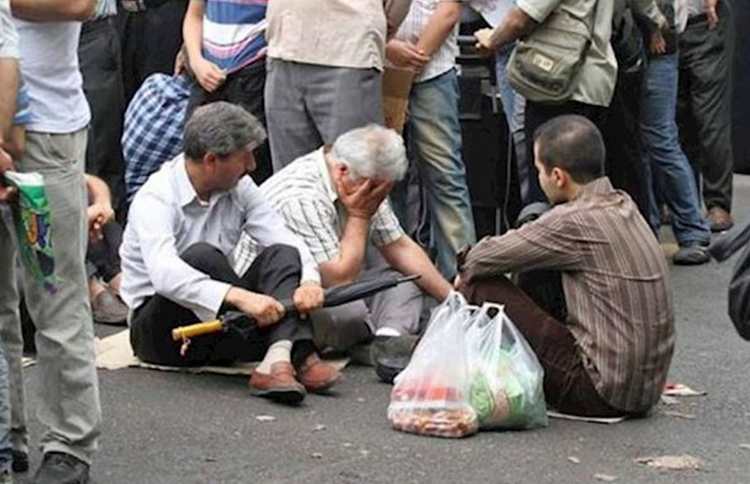 The Iranian government is trying to refer the cause of the Inflation in Iran to sanctions imposed by the US government. But the reality is that the main reason as the official authorities said is nothing else than the government itself.

In the meantime, the two government factions have somehow identified each other as the cause of economic shakiness. President Hassan Rouhani calls the opposing group ” sanction profiteers” and blames them for the sanctions and, consequently the sanctions the cause of the high prices and inflation. The opposite group, however, is blaming the “government management” and tries to hide the astronomical plunders by the supreme leader and foundations affiliated to him.

According to IRGC-linked Fars News Agency, one of the pro-government analysts, Seyed Afqa’I said: “Our troubled livelihoods, rather than being due to sanctions, are related to the plundering, sultans and children of officials, and the banking mafia.”

Today, however, the news of the looting scandal and the numerous bank accounts of the former chief justice of supreme leader Ali Khamenei show clearly that both groups are involved in plundering, looting, corruption and theft. And if there is any fight it’s about who can steal more from the people’s fund.

Referring to the official website “Eghtesad News” the Inflation in Iran is not anymore, a subject that can be hidden.

As you can see in the Infographic published by this website the Inflation in Iran is catastrophic: 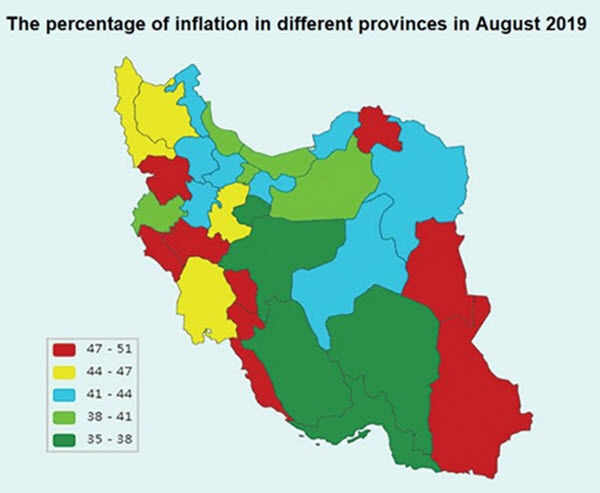 Forecast annual inflation by the end of this year is 70 percent.” (State-run daily Hamdeli, August 6)

“Every year things get worse than the past year” – a term that has long been heard by the young and old in the marketplace. These days, the people post photos of their empty tables on social networks.