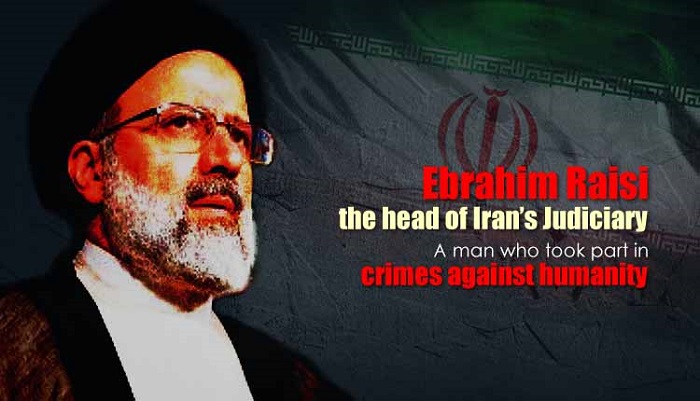 Recently, at a meeting of Iran’s Assembly of Experts, judiciary chief Ibrahim Raisi called for the “defense of the party and tribe of friends and like-minded figures” as “another factor causing corruption,” and went on to describe corruption in the judiciary as “stupendous”.

“In the judiciary itself, we have seen cases of bribery that are surprising, ranging from 600-meter flats to 4,000-meter villas in the north [of Iran]. These are quite unique,” he said.

On this subject, Ahmad Mortazavi Moghaddam, head of Iran’s Supreme Court, acknowledges that “immoral relations and corruption are the most violations witnessed among judges.”

The Iranian judiciary is a corrupt institution in which “the corruption case of a government official” becomes “extinct” and “the result is never determined.”

In Iran’s judiciary, the fee of the dealers inside the judiciary is tens of billions, and there is a network of smugglers among its chiefs and hierarchy.

According to the Judicial Protection and Information Report, in the year 2015 alone, there were 204 cases of bribery by these dealers in the judiciary, which received billions of tomans in bribes (equal to tens of millions of dollars).

It is noteworthy that the current head of Iran’s judiciary himself has been one of the main figures in this corrupt organization for many years. However, he now presents his remarks in such fashion as if the corruption has nothing to do with him.

In addition to his important judicial responsibilities in the two decades, and his main role in Iran’s executions and the 1988 massacre of political prisoners, he served as the deputy chief of the judiciary from 2004 to 2014, and as attorney general from 2013 to 2014. Therefore, the main figures responsible for corruption are Ebrahim Raisi and his predecessor, Sadegh Larijani.

More importantly, corruption in Iran’s judiciary is part of the institutionalized corruption led by the government. In other words, corruption, bribery and charging loans of extremely high interest have become a common method among government institutions and elements.

“There has never been such an acute and the inappropriate situation in the country as in today’s corruption,” said Mohammad Reza Khabaz, a figure closed to Rouhani.

This acknowledgment indicates that corruption has exceeded the limits of a few corrupt and embezzling individuals, and the extent of its scope has encompassed the integrity of the entire government.

The question here is: How can it be possible for a corrupt judiciary to fight corruption in a system where in the country’s Central Bank alone we witness a 12 trillion embezzlement case (around $285 million), and a 3 trillion rial (around $71.5 million) embezzlement case in the Bank Mellat?

Iran Agrees to Inspection of Military Base