Activists Continue to Be Targeted by Iranian Authorities 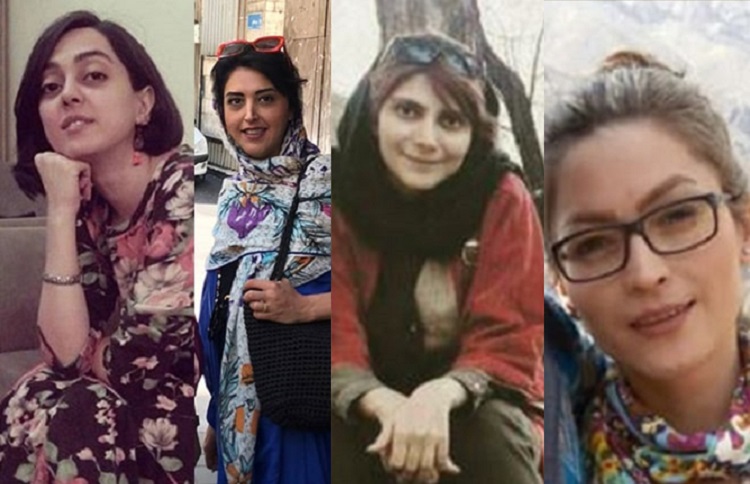 The Iranian government has been cracking down on dissent more and moreover the past few years. Activists across the country are doing all they can to make their cause known but the Iranian authorities are trying to silence them.

Several student and labor activists that are currently locked up in the notorious Evin Prison in Tehran have denounced the Iranian authorities’ treatment of prisoners in an open letter. The imprisoned activists – are Sanaz Allahyari, Asal Mohammadi, Marzieh Amiri, and Neda Naji. They denounced the intelligence forces for their unfair and cruel treatment of activists and journalists and called the government out for issuing such tough sentences.

Ms. Allahyari is a journalist and part of the editorial board for an internet magazine named “GAM” – a publication that explores current social issues including the rights of workers. She was arrested in January this year along with her husband, also a journalist and editor of GAM, Amir Hossein Mohammadifard.

Neda Naji is also a labor activist who was arrested alongside many others during the Labour Day protests in Tehran earlier this year. Student and labor activist Marzieh Amiri was arrested for writing about the Sharq newspaper. Labour activist Asal Mohammadi participated in the protests supporting the workers at Haft Tappeh sugarcane factory and was subsequently arrested.

In their open letter that was sent out of prison in September, the activists said: “Branch 28 of the Revolutionary Court issued heavy sentences of 10.5 to 18 years of imprisonment for them based on recommendations of intelligence officials overseeing the case, without paying the slightest attention to the defendants and their lawyers’ defense. In examining the cases, they discriminate against labor and civil activists, to disappoint the defendant of any justice and to force them to gamble on their lives.”

The activists in Iran are a threat to the Iranian government because they have made it very clear that they will not be intimidated into silence by the authorities.

in addition, the Iranian government also denies political prisoners from receiving proper medical care. Majid Assadi an Iranian political prisoner suffers from Ankylosing spondylitis (AS), a rheumatism disease that affects the spine, ulcers, inflammation of the intestines, and an inflammation in his vision network, He should be visiting an outside hospital every three months to control the dangerous AS syndrome, but he has no access to physicians and specialized care. Another political prisoner, Arash Sadeghi, also suffers from cancer. Mr. Sadeghi needs to have several rounds of chemotherapy, but the Iranian authorities continue to hinder his urgently needed medical care.