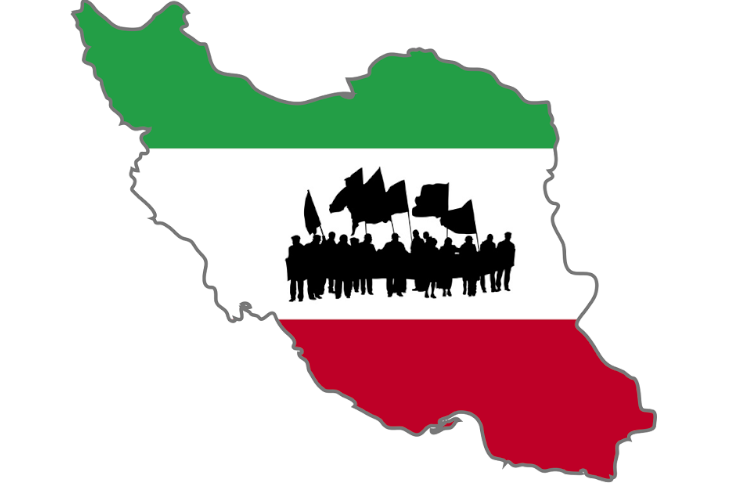 During the month of September in Iran, there were protests the whole way across the country, averaging approximately nine per day. The Iranian opposition, Mujahedin-e Khalq (PMOI/MEK), that has paid a heavy price for standing against the regime’s oppression. has said that there were at least 284 protests during the month, across 28 provinces and in 71 different cities.

The people of Iran have continued to protest, despite the Iranian authorities’ continuous efforts to persuade them otherwise. In fact, it could be said that people become even more determined to be heard. Many reports from the country indicated that protesters held their ground and remained where they were, even after repressive security agents tried to disperse the crowds.

The rise in the number of protests in the month of September may be due to the fact that it marked the start of the new school year. Some of the protests were by people who could not afford to send their children to school – many of the workers that had not been paid their salaries for several months.

Workers held twice as many protests in September compared to August, with an average of five protests per day. Many workers were protesting their late salaries with many Iranians pointing to the poverty that people are being subjected to because of the late-payment of earnings.

They were also protesting a large number of redundancies that have been taking place. At the Haft Tappeh Sugarcane Factory in the city of Shush in southern Iran, workers called for the 20 workers that were recently laid off to be reinstated.

Teachers were also protesting, albeit less than the previous month. They were drawing attention to their poor working conditions including extremely low salaries, not being put on permanent contracts, not receiving their pay and being forced to work in schools that are not close to where they live.

A number of defrauded creditors that lost money as a result of government-affiliated corruption schemes also protested. Protests took place outside the Mashhad governor’s office and outside the parliament building in Tehran among others.

The country’s activists that have been locked up are also participating in the Resistance movement that has swept across the country. As they cannot participate in the strikes, several have been starting hunger strikes from prison. These include Ibrahim Khalil Sedighi Hamedani and his son Salar, currently serving their 16-year prison sentences, and Taher Khorshidi, Farough Sharvirani and Amir Peighami – Kurd prisoners that have been subjected to significant abuse by prison guards.

This month, it looks like protests are set to continue for the foreseeable future. Saturday 5th October was World Teacher’s Day and many educators gathered outside the Department of Education’s building in the country’s capital. They protest the imprisonment of their colleagues and called for a salary that takes them out of poverty.

Obama lauds Iran oil embargo as US turns the screw

AFP: US President Barack Obama tightened the noose on...