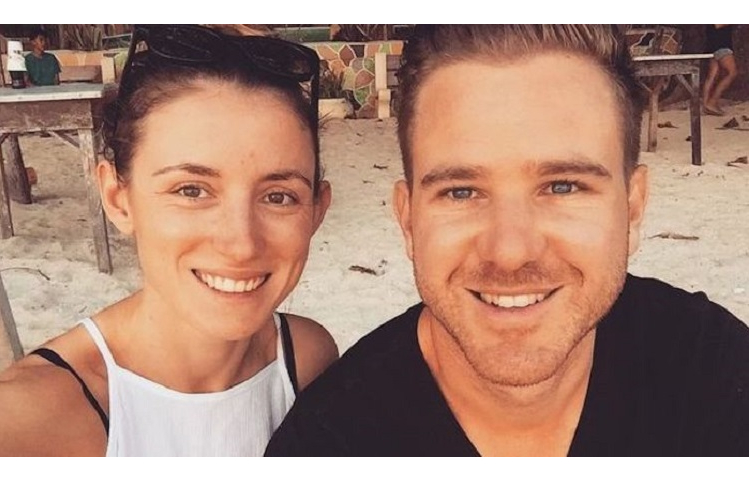 It was reported on Monday that two Australian nationals had been released from prison in Iran, roughly three months after they were detained for operating a drone without a license.

The couple, Jolie King and Mark Firkin, had been traveling across Asia at the time and regularly updated their blog and social media accounts with content that included aerial photographs captured with the drone.

Prior to being arrested, they had described their journey as being motivated in part by a desire to bring positive attention to areas of the world that tend to get a bad rap. Their detention, which was not publicly disclosed until last month, therefore came to be recognized as somewhat ironic. However, in context with the Iranian regime’s preexisting crackdown on dual and foreign nationals, the arrest was by no means surprising.

Of course, that ongoing crackdown makes their release comparatively unexpected. Other targets thereof have recently been sentenced to as much as 10 years in prison for “offenses” much less credible than taking aerial photographs in the vicinity of a military base.

The Princeton graduate student Xiyue Wang, for instance, was accused of espionage because he had accessed publicly available documents at Iranian libraries as part of the research that had been approved by the government. The Iranian-British charity worker Nazanin Zaghari-Ratcliffe was convicted of cooperation with hostile states for no apparent reason other than her past professional association with the British Broadcasting Corporation.

Mrs.Zaghari-Ratcliffe’s case remained in the headlines even as King and Firkin were released. She had made a “tearful appeal” to Iranian authorities for her own release, having served more than three and a half years of her five-year sentence. Under Iranian law, persons with less serious convictions can be released after serving one-third of their sentence, but in practice, this principle is rarely applied to instances of political imprisonment.

Zaghari-Ratcliffe has been widely identified as a “hostage” to the Iranian regime, and Iranian officials themselves have lent credence to that assessment by seeming to use her as a potential bargaining chip. In a speech in April, Foreign Minister Javad Zarif tentatively floated the idea of swapping the Iranian-British woman for an Iranian national who had been detained in Australia on an extradition order from the US. And at other times, Zaghari-Ratcliffe’s release has been characterized as being contingent on the repayment of a decades-old debt owed to Iran by the UK.

If Iran still expects that condition to be fulfilled, it is bad news for Zaghari-Ratcliffe, whose appeal hearing closely coincided with the Iranian government being denied an appeal against a British high court judgment preventing the payout of £20 million interest on the £400 million debt. That debt stems from an incomplete arms sale involving Iran’s pre-revolutionary government, and although the UK acknowledges owing it, the repayment is complicated by EU sanctions affecting the institution that stands to receive the money.

Even if this were not the case, it is unclear whether the current British government would seriously consider arranging to settle the debt on the understanding that it would be paid for Zaghari-Ratcliffe’s release. After all, it is widely assumed that British foreign policy began moving closer to that of the United States after Boris Johnson was elected Prime Minister, and the US has been actively pursuing a strategy of “maximum pressure” on the Islamic Republic, eschewing any serious offer of concessions.

US President Donald Trump sharply criticized his predecessor for the appearance of a ransom payment in 2016, when an American debt to the Islamic Republic was settled at the same time as seven Iranian nationals were swapped for four Americans who were then being held hostage in Iran. As is typical of the discourse over ransom payments, critics expressed concern that this would give Iran the impression that hostage-taking is a viable and lucrative practice, thus encouraging more of the same.

These concerns re-emerged on Monday with the news of King’s and Firkin’s release. It is not clear whether their release was actually part of a prisoner swap, but it is known that an Iranian prisoner named Reza Dehbashi Kivi was released from Australia at the same time. This led the Sydney Morning Herald to quote Middle East expert Rodger Shanahan from the Lowy Institute as saying that it “looks very much like a deal.” Shanahan then warned, “Obviously if we have done it once then others may think in the future that this is a tactic that works against Australia.”

But Shanahan also observed, “One assumes that this wouldn’t have been done without the agreement of the US.” In this way, he raised the possibility of Iran’s leading adversaries softening their view toward a type of negotiation that has been championed by some advocates for prisoners on both sides, including Zaghari-Ratcliffe’s husband and Kivi’s barrister.

But their support for prospective prisoner exchanges does not diminish the perceived danger of giving Iranian officials the impression that they can take Western nationals captive on flimsy pretenses and expect receipt of some reward. And even though there was no immediate sign of the King and Firkin release coming with significant costs for Australia, that news was tempered by the fact that it failed to change the total number of Western nationals known to be held in the Islamic Republic.

While the arrest of King and Firkin was not publicly revealed for more than two months, some political detainees languish in obscurity for even longer, leaving a perennially incomplete picture of the situation in Iranian prisons. As of last week, it was being reported that at least 17 persons with citizenship in Western countries were being held by the Iranian judiciary. But by Monday it had been revealed that an Iranian-Swedish dual national had been arrested in 2017, only for his family to remain silent about his case ever since, fearing that Tehran would harm him further in retaliation for public disclosure.

The total number of Iran’s known American and European hostages currently stands at 17.

Scotland on Sunday: Leading powers may have an agreement...