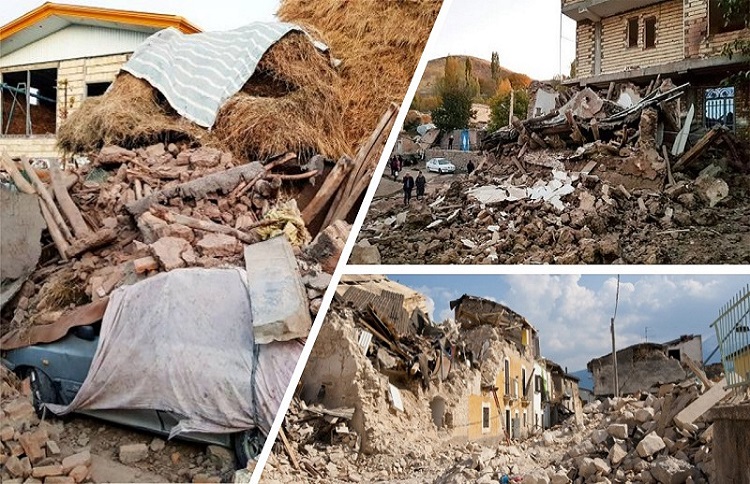 The tremor struck Tark county in Iran’s Eastern Azerbaijan province at 2:17 a.m., Iran’s seismological center said. The area is some 400 kilometers (250 miles) northwest of Iran’s capital, Tehran. The epicenter was 118 km west of the city of Tabriz, which has a population of 1.4 million people.

Over 40 aftershocks rattled the rural region nestled in the Alborz Mountains, and residents rushed out of their homes in fear. The quake injured at least 312 people, state television reported, though only 13 needed to be hospitalized. It described many of the injuries happening when people fled in panic.

The US Geological Survey puts the quake’s magnitude at 5.8, at a depth of 10km. A magnitude 5 earthquake can cause considerable damage.

Iran is located on major seismic faults and experiences one earthquake a day on average. In 2003, a magnitude 6.6 earthquake flattened the historic city of Bam, killing tens of thousands of people.

A magnitude 7 earthquake that struck western Iran in 2017 killed more than 600 people and injured more than 9,000.

According to the European-Mediterranean Seismological Center (EMSC), some 20 million people felt the quake across Iran and possibly in neighboring Turkey. Iran sits where two major tectonic plates meet and experiences frequent seismic activity.

Mrs. Maryam Rajavi President-elect of the National Council of Resistance of Iran (NCRI) said in a tweet:

“My deep condolences to the survivors of the earthquake in Azerbaijan, Zanjan, Gilan, and Ardabil, and wishing for quick recovery of those injured. I urge the nation to rush to the aid of the victims of the earthquake.”

“By plundering Iran’s wealth or squandering it in warmongering and anti-patriotic nuclear and missile projects, the mullahs have left the people of Iran defenseless in the face of natural disasters.”

My deep condolences to the survivors of the earthquake in Azerbaijan, Zanjan, Gilan and Ardabil, and wishing for quick recovery of those injured. I urge the nation to rush to the aid of the victims of the earthquake. #Iran pic.twitter.com/pM7HxjrLUS

The Telegraph: America must step up sanctions and bring...