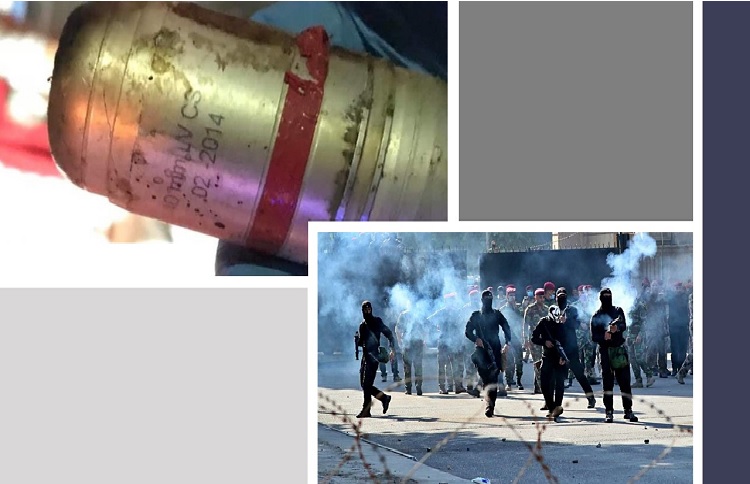 The human rights organization said that Iraqi security forces are using new and deadly Iranian tear gas grenades that can pierce human skulls in their crackdown against anti-government protesters.

Gruesome videos have been posted on social media networks showing the burn injuries and head wounds inflicted by these grenades and Amnesty said that it’s Digital Verification Corps had geolocated and analyzed video evidence from near Tahrir Square in Baghdad.

In a new update, Amnesty has conducted further research into the 40mm “less lethal” grenades killing protesters during the recent violence in Baghdad. The new analysis showed that in addition to the Serbian Sloboda Ĉaĉak M99 grenades already identified, a significant portion of the deadly projectiles are in fact M651 tear gas grenades and M713 smoke grenades manufactured by the Defense Industries Organization (DIO) of Iran.

Amnesty International said it does not have information on the identities of the security forces firing this Iranian M651 and M713 grenades in Baghdad.

The deadly grenades must be recalled from use immediately, the human rights group said. There should be an independent, impartial and transparent investigation into their use and into other cases of unlawful killings and injuries during the protests, with any security forces responsible for excessive use of force held to account.

The Iraqi people continue to protest against government corruption and #Iran‘s meddling in their country.#IraqProtests https://t.co/RcGBmLcRiO

On October 1, 2019, nationwide two-week protests over unemployment, corruption and poor public services broke out in Iraq. The protests were renewed on the night of October 24 in Baghdad and other provinces of Iraq including Karbala, Basra, Babel, and Diwaniya. During this latest wave of protests, Amnesty International documented the excessive, and in some cases, lethal use of force by security forces to disperse protesters, including by tear gas, live ammunition, and deadly sniper attacks. The organization has also documented a relentless campaign of intimidation and assault against activists in Baghdad, including enforced disappearance. Amnesty International continues to receive reports of excessive force used to disperse protesters and new cases of arrest and intimidation of protesters.

Wing and a prayer

The Guardian - Leader Article: Conservatives and moderates in...