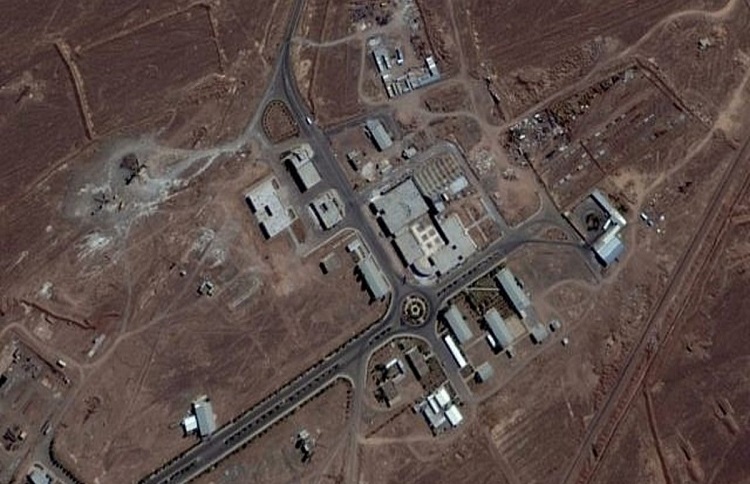 The United Nations’ nuclear watchdog said Monday that Iran’s stock of heavy water for nuclear reactors has surpassed the limit set under its 2015 agreement with world powers.

The International Atomic Energy Agency said in a statement that Iran’s heavy water production plant was in operation and that its stock of heavy water reserves was 131.5 tons, above the 130-ton limit.

“On 17 November, the Agency verified that the Heavy Water Production Plant (HWPP) was in operation and that Iran’s stock of heavy water was 131.5 metric tonnes,” an IAEA spokesperson said.

It was the first time the agency has recorded a volume greater than the level agreed upon as part of the Joint Comprehensive Plan of Action (JCPOA) reached in 2015 with Britain, China, France, Germany, Russia, and the United States. The U.S. withdrew from the agreement in 2018.

Washington said on Monday it would no longer waive sanctions related to Iran’s Fordow nuclear plant after Tehran resumed uranium enrichment at the underground site.

“The right amount of uranium enrichment for the world’s largest state sponsor of terror is zero … There is no legitimate reason for Iran to resume enrichment at this previously clandestine site,” U.S. Secretary of State Mike Pompeo told reporters.

Senior members of the House of Representative and Senate GOP applauded the Trump administration’s move Monday to cancel some civil-nuclear waivers for Iran but called for a complete end to the program, which they say enables Tehran’s pursuit of a nuclear weapon.
Sen. Ted Cruz (R-Texas), Sen. Lindsey Graham (R-S.C.) and House Republican Conference Chairwoman Liz Cheney (R-Wy.) said the U.S. should end sanctions relief for nuclear activity at its Fordow and Arak nuclear plants.

“The administration should now end the waivers for the remaining projects related to the deal, especially the Arak reactor, Iran’s heavy water reactor,” they added.

By Jubin Katiraie Several thousand members of the Iranian...

Newsday: Most troubling for U.S. policy in the Middle...