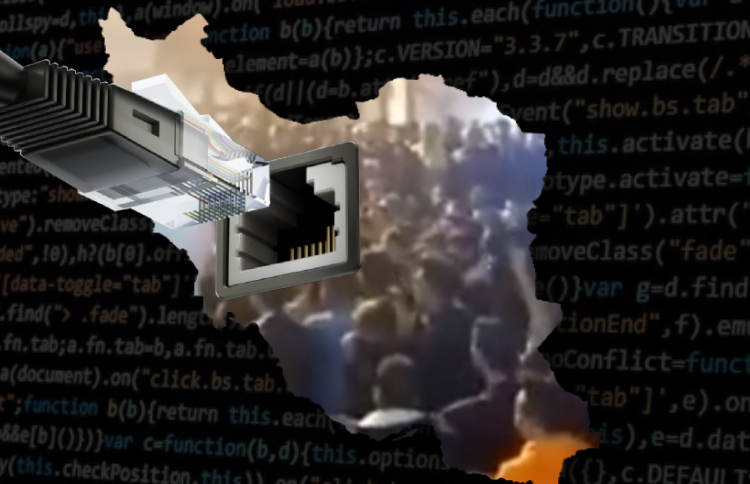 Since midnight November 15, tens of thousands of Iranians poured in the streets across the country following the government acknowledged gas prices hikes. A sharp increase in fuel prices came amidst terrible economic conditions due to systematic corruption and mismanagement.

Iran’s irresponsible policies inside the country and abroad, imposed a budget deficit as far as the president Hassan Rouhani admitted that “Without money, we cannot run the affairs of the state.” Thus, the Iranian government pursue to compensate for the budget deficit, but at the expense of the people.

Amnesty International reports that at least 106 people have been killed in 21 cities across Iran during recent nationwide protests. However, based on protesters’ reports posted on social media before the internet shutdown, the number of casualties is as high as 200.

Since the 2009 uprisings, Iranian authorities grasped the potential of the internet and in particular social media to attract global attention to their crimes. The government tried to control the country’s online spaces as a necessity for keeping the Ayatollahs in power.

In December 2016, Iranian Prosecutor Ahmad Ali Montazeri, who heads Iran’s Internet Censorship Committee, banned and closed 14,000 websites and social media accounts in Iran. The government endeavors to replace the internet by developing the National Information Network (NIN) and touting it as an advantageous channel for domestic trade. However, in practice, it has become a means for Iranian authorities to impose their strict regulations.

Crucially, NIN has rolled out only to block or filter content that incites the people to pursue their rightful grievances. The authorities use this program to monitor citizens’ data and disconnect them from the global internet in emergencies. The NIN project also enabled Tehran to impose an almost complete internet blackout without disrupting the communications of officials, security forces, and state-run media outlets.

During recent days, a huge number of videos posted in cyberspace drew some leaders’ attention to what is happening in Iran’s streets. Footages of blind violence employed by the Iranian security forces dominated the news about Iran. In this regard, Iranian officials cut off the people’s internet to stop the flow of popular videos and reports reaching the world. On the other hand, shutting down the internet aids the authorities to quell protests mercilessly.

Subsequently, it is necessary that the civilized world stands with the Iranian people and supports their rights when they are being massacred by their own government. Social media activists are calling upon the international community with “#Internet4Iran” to provide a free current of online space to help curb the killing and suppression inside Iran.