Amnesty: Over 100 Killed in Iran Protest 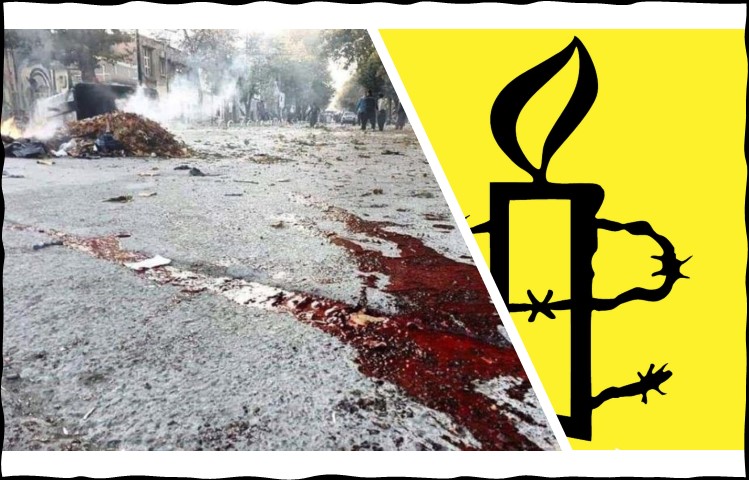 Amnesty International believes that over 100 protesters have been killed by the Iranian security forces since Friday.

The Iranian authorities have been using “excessive and lethal force” to crush the peaceful protests in 130 cities across Iran, which were triggered by a sharp rise in fuel prices, announced just hours before the people took to the streets. This violent crackdown has led to dozens of unlawful killings, revealed by verified video footage and eyewitness testimony submitted to human rights activists outside Iran.

Video footage shows the security forces using live ammunition in firearms, water cannons, and tear gas to disperse protesters, while also beating demonstrators with batons. While snipers have also shot into crowds from rooftops or helicopters.

Amnesty says at least 106 protesters in 21 cities have been killed but believes the death toll is likely much higher, with some reports suggesting that 200 people have died so far. It is hard to determine the exact number of deaths because state media and the authorities are trying to obscure that.

Philip Luther, Amnesty’s Research and Advocacy Director for the Middle East and North Africa, said: “The authorities must end this brutal and deadly crackdown immediately and show respect for human life. The frequency and persistence of lethal force used against peaceful protesters in these and previous mass protests, as well as the systematic impunity for security forces who kill protesters, raise serious fears that the intentional lethal use of firearms to crush protests has become a matter of state policy.”

The crackdown was given the green light by high-ranking government officials, including Iran’s Supreme Leader Ali Khamenei, who have issued statements describing protesters as “villains”.

Amnesty urged the Iranian authorities to respect their people’s rights to freedom of peaceful assembly and freedom of expression, as well as calling on them to lift the near-total internet block designed to restrict the flow of information. This shutdown began on Saturday, according to internet freedom group NetBlocks.

Luther said: “The long-standing pattern of impunity for unlawful killings and injuries in Iran is bound to continue unless independent impartial investigations are conducted into all suspected instances of arbitrary and abusive use of force, and those who commit such serious crimes and violations are held to account. The UN and individual member states must publicly denounce Iran’s bloody crackdown. They should press the Iranian authorities to give access to independent human rights observers to hospitals and detention centers in the country, lift the blocking of the internet and invite UN mandate holders to conduct fact-finding visits.”