Iran: Confessing to the Failure of the Elections and Counterfeiting Votes 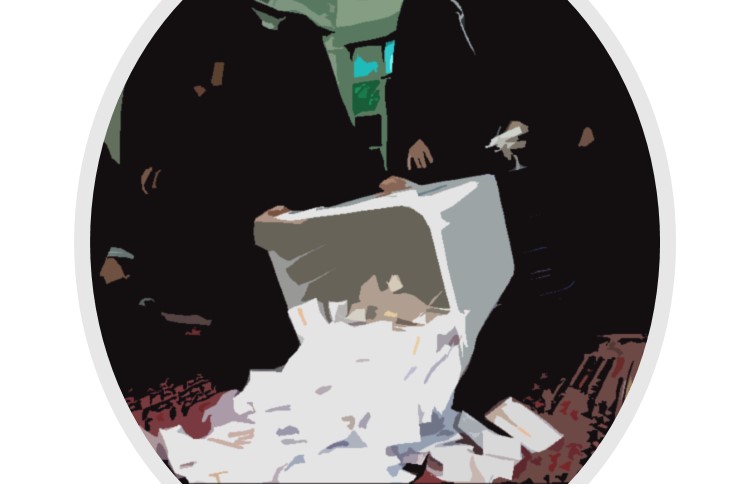 The defeat of Iran’s regime election sham was already clear because of its brutal crackdown on the Iran protests in November 2019. This issue has been acknowledged by the regime’s officials in various direct or indirect terms.

The public’s hatred of the regime’s election’s show is so clear that even in its propaganda campaigns it has had to acknowledge the hatred of the people by some officials and confess about the sham nature of the elections.

The regime’s Channel 3 on 19 February aired a program called “Non-Stop” about the challenges of the regime’s so-called election, saying, “We need to hear the voices of the people, and I don’t know why this only appears on the stages? Well, shouldn’t we hear the voice of the people when the workers, for example, are not paid and come out?

Abdullah Nasseri from the so-called reformist faction said: “The turnout is expected to be lower than in previous elections. It is a fact that Mr. [Abbas-Ali] Kadkhodai [spokesperson for the Guardian Council] also acknowledges the low attendance of the people.”

He advised the regime to counterfeit votes because of the sluggish election and said: “However, under any circumstances, I think it should be announced that the people’s turnout will be 45%.”

He gave second advice to his regime and stated that it must report a higher percentage of youth participants than older people in the elections so that the regime can claim to be democratic and have a passionate election.

Cleric Hosseini Ansari Rad, a member of the so-called reformist faction, acknowledged about the failure of the election and said: “The participation of the middle class and the conscious will below. The middle class and political activists will not run in this election.” (State-daily Setareh-e-Sobh, 20 February 2020)

The cleric Nateq Nouri, who was worried about the fallout of the regime’s election campaign and that even the regime’s forces did not backed the regime, scared those who refused to take part in government shows and to force them to participate in this show about the “dissidents” and “extremist movements abroad” and while calling the mullah’s regime “dear Iran,” and warned them, ” huff with the balloting would lead to the formation of extremist movements in and out of the country and the growth of dissidents movements with the dear Iranian territorial integrity.” (State-daily Setareh-e-Sobh, 20 February 2020)

Earlier, Dariush Ghanbari, a former member of the regime’s parliament, in an article in the daily Setareh-e-Sobh entitled “The composition of the future parliament doesn’t need any forecast” said, “What we see at the community level shows that the necessary space to be created has not been created and it doesn’t look like that election are going to take place… in the big cities there is no good passion for the elections.”

These outright confessions can be seen indirectly from the statements of Iran’s supreme leader Ali Khamenei, who declared that participating in the election show is a religious duty. This message, of course, applies only to his forces because he knows that he and his regime have already been declared invalid by the Iranian people.