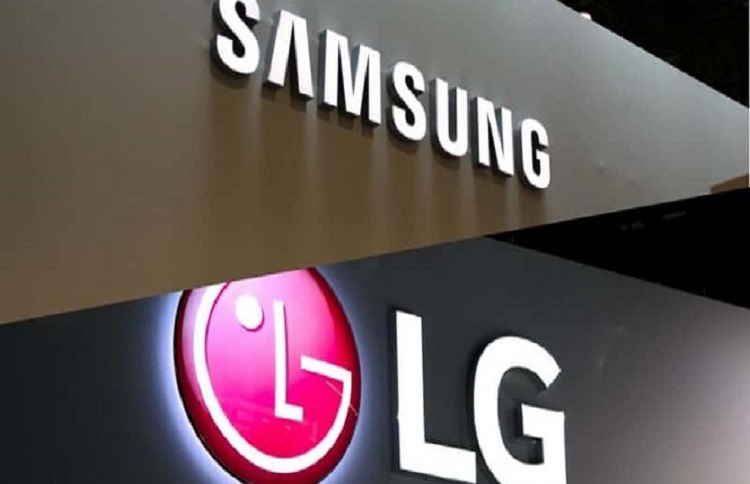 LG and Samsung companies operating in the home appliance market have ended their work in Iran following the US sanctions. The departure of these two companies will be a major blow to the regime’s turbulent economy.

Following the imposition of US sanctions on the regime, many foreign companies withdrew from cooperating with the regime for fear of being placed on the US secondary sanctions list. However, LG and Samsung were among the few companies that continued to operate with the regime.

The current situation of the regime is that no brand can provide the usual services it provides to other countries around the world to this regime.

On 10 February 2020, it was announced that due to US sanctions against the regime, Samsung, like other mobile phone manufacturers and suppliers, had announced to consumers that it would no longer be able to provide its paid applications and apps on 25 February.

Samsung had previously allowed customers to buy from “play store” in rials while other brands did not have this opportunity and would have to pay in dollars or euros. Now, the main reason is because of the inability to move money and bank sanctions because the regime’s banks cannot transfer money.

Samsung had more than 60 percent of Iran’s home appliance market before ending its partnership with the regime.

Following the withdrawal and termination of cooperation by South Korean companies with the regime, LG also left the Iranian home appliance market on 14 February.

The process of curtailing the cooperation of Korean companies is not just confined to the field of home appliances. South Korea, which was one of the major buyers of the regime’s oil, last summer cut off its oil imports from the regime and replaced it with other countries.

Regime’s reaction to these events

But the reaction of the regime to the exit of these two companies, which occupy a major part of the Iranian home appliance market was frustration.

Foreign Minister Spokesman Seyyed Abbas Mousavi said: “Some foreign companies that have left Iran in recent years and months simply by accepting US bullying, they should know that returning to the Iranian market will be very difficult.”

Alireza Mousavi-Majed, chairman of the board of directors of the Audio and Video Association of the regime, announced that “Samsung’s replacement products will be launched with the SAM brand.”

Mousavi Majd added that some Iranian companies, using infrastructure already imported from South Korea, are planning to produce equipment such as television, monitors, laundry, and refrigerators next year to fill the market vacuum.

He also announced the renaming of LG’s products to G+ and the changes to its boards.

Morteza Miri, chairman of the Syndicate of Home Supplies Distributors, also complained about the “cowardly move of the Koreans and the non-delivery of and raw materials to Iranian companies”.

The bluff about domestic productions

Mousavi Majd’s remarks about the replacement of Samsung and LG with the domestic brand come as major domestic companies operating in the field of home appliance production have in recent years been bankrupt due to the inadequacy of the regime.

In the last two decades, two Korean companies have easily captured most of the Iranian home appliance market and gradually abandoned domestic manufacturers, but with the continued adventures of nuclear, missile, and terrorism of the regime and subsequent international community pressure, both LG and Samsung stepped back and leave Iran.

“Unfortunately, not only did we not see an increase in domestic production, but a rise in market prices,” he said.

Also, according to statistics released by the Ministry of Industry, Mines, and Commerce, the number of television production in the country dropped nine percent compared to last year, reaching the production of 513,100 televisions.

Removal of Iranian apps from Apple Store and Google

Two years ago, after deleting a number of Iranian apps from the Apple Store, Google also removed some Iranian apps, including Snap. Apple has cited US sanctions against the regime as the reason.

The political and economic bankruptcy of the regime

Until recently, 75 percent of Iran’s home appliance market was in the hands of ten major foreign brands.

Now, despite the fact that the economy of the regime is so shattered that it was forced to triple the price of gasoline to compensate for the budget deficit of 2020, how can he fill the vacuum of these foreign companies with domestic products?

With which production? With what capital? With what quality? And thousands of other questions.

The fact is that domestic production has been destroyed in the past few years and has gone into total bankruptcy and there is no longer any prosperity for the regime in this area.

US: Iran may face sanctions after two UN warnings

Reuters: The U.N. Security Council could give Iran only...

AFP: "The Syrian army, supported by back-up forces and...