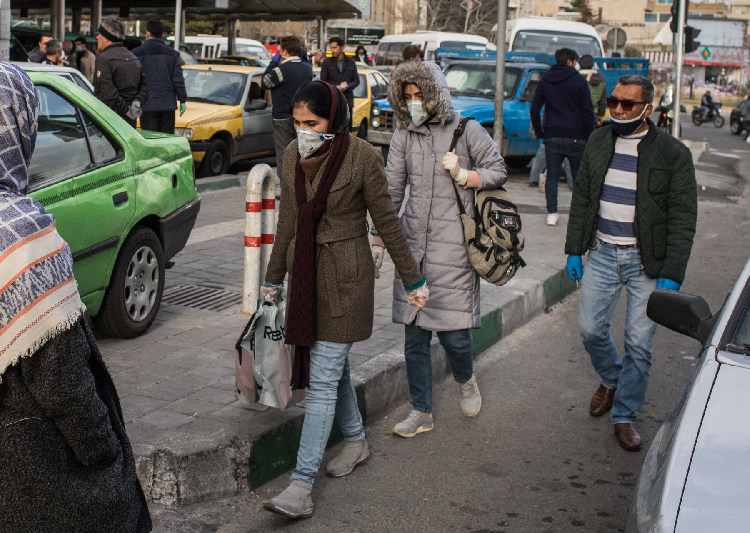 The latest reports from Iran indicate that more than 8,200 people have died after contracting Coronavirus in Iran. The Iranian government, since the very start of the outbreak, has been negligent and has refused to deal with the problem head-on.

Governments across the world have put measures in place to control the health crisis and have worked towards protecting their people.

The number of deaths to Coronavirus is increasing with every hour that passes and some parts of the country are seeing the number of cases rise sharply. In Ilam, in the western part of the country, there is no more room in morgues and the authorities are unable to cope with the volume of bodies.

Shocking reports from the town of Ivan-e Gharb indicate that bodies are being put into refrigeration facilities that are usually destined for food.

officials continue to insist that the country is victim to bioterrorism. This was a claim made by Supreme Leader Ayatollah Ali Khamenei, but leaders of the country have realized that this is one step too far. A chairman for a parliamentary committee, Amir Khojasteh, even said that the point of the bioterrorism comments has been to deflect from the issues to make it look like a foreign power is responsible for the health crisis. He admitted that the health crisis was down to “mismanagement”.

Doctors, nurses and healthcare professionals across the country are stretched beyond their means. They are sacrificing their own health, and that of their families, to look after the people that have become infected with the virus. The medical supplies, as admitted by the president of the medical university in the city of Mashhad, are in short supply. The state, in particular, the notorious Islamic Revolutionary Guard Corps (IRGC) has been stockpiling medical supplies and charging them on at extortionate prices.

Instead of concerning themselves with procedures and processes to stop the crisis worsening, the government has been concentrating on trying to prevent further unrest in the country. The people of Iran, over the past six months, have been making their discontent known and the officials are extremely worried that it is pushing its survival to the edge.

Once again, the people of Iran are the first victims when it comes to the regime’s negligence and mismanagement. People around the world are living with great uncertainty with regards to the Coronavirus outbreak, but they are reassured that their governments are doing what they can to improve the situation and to prevent further deaths.

Faced with the gravity of the situation in Iran, it is up to the international community and health organizations to intervene. The people of Iran need and should be afforded, even the most basic of measures and protection. The World Health Organization (WHO) has a responsibility, not just to the people of Iran, but also to neighboring countries, and in fact, the rest of the world, to act urgently.

Eni says its Iran activities could lead to U.S. sanctions

AFP: A male defender of the feminist cause in...