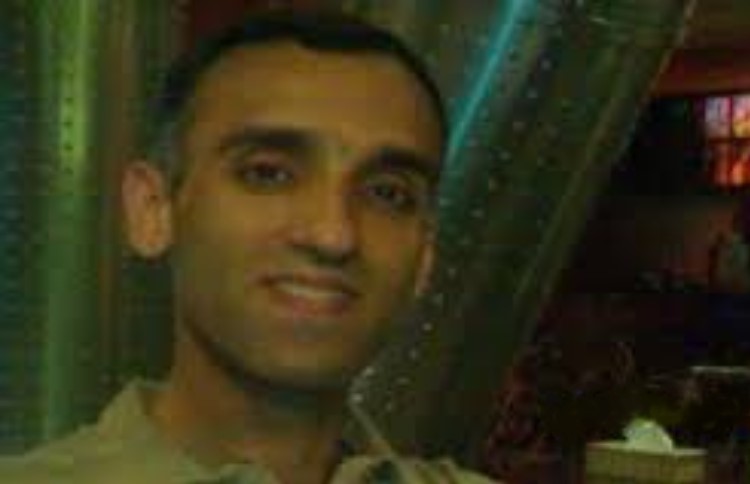 Every year, Persian-language speakers including the Iranian people celebrate Nowruz as the beginning of the Persian new year.

As a ritual, families gather to mark a happy transformation from an old year to the new year. In this respect, many people send congratulatory messages, cards, and gifts to their loved ones. They also remember what they passed and those who are no longer among them.

In this context, political prisoners also send messages to their loved ones and their compatriots. Dr. Nasser Fahimi, 42, an Iranian Kurdish political prisoner held in ward 5 of Fashafuyeh Prison, sent a congratulatory message on the occasion of Nowruz addressing all Iranians. He began his message by, “Happy 1399 Nowruz to all the freedom-loving people of Iran.”

“We pay homage to the memory of innocent people who were murdered by the [Iranian] regime’s mercenaries.

“We pay homage to the memory of freedom-fighters who were executed by the mullahs’ hated regime.

“We pay homage to the memory of victims of the terrorist attack of the Revolutionary Guards (IRGC) on the [Ukrainian] passenger airliner.

“We pay homage to the memory of all youths who lost their lives with the live ammunition of the Islamic Republic’s terrorists.

“We pay homage to the memory of Sahar [Khodayari who set herself ablaze in protest to the regime’s misogynistic laws and unjust sentence].

“We [also] pay homage to the memory of all the dear ones who are no longer among us.

“[I use this opportunity] to express my admiration and appreciation for all human rights activists, [popular] news agencies, [Telegram’] channel admins, reporters, parties, and organizations who have bravely exposed the crimes of the Islamic Republic. I bow my head in homage to those who revealed the [Iranian] regime’s hands that are stained with the blood of innocent people before the international community.”

Notably, in July 2010, the Ministry of Intelligence and Security (MOIS)’s agents arrested him in Tehran’s Hemmat Highway, and he was immediately transferred to ward 209 of the notorious Evin Prison for interrogation. His case was referred to the 15th branch of the revolutionary court and “Judge” Abolqassem Salavati sentenced him to 10 years in prison under bogus allegations such as “spreading rumors,” “acting against national security,” “disrupting public opinion,” “insulting the supreme leader [Ali Khamenei],” and “threatening judiciary officials.”

In 2014, Dr. Fahimi was transferred from Evin Prison to the Greater Tehran Central Penitentiary and two years later he was returned to Evin Prison once again. He suffers from heart disease; however, he is deprived of appropriate treatment despite doctors’ insistence on dispatching him to medical centers outside the jail. Inattention by the prison’s officials has seriously endangered his life while political prisoners lack minimum disinfectant items amid the coronavirus outbreak in the country, particularly inside prisons.

In this respect, in late February, Dr. Fahimi issued a warning about the dire health conditions inside prisons which put the lives of many prisoners at risk.

AFP: "The US delegation reaffirmed our commitment to prevent Iran...