What Is the Purpose of Iran’s Biological Drills? 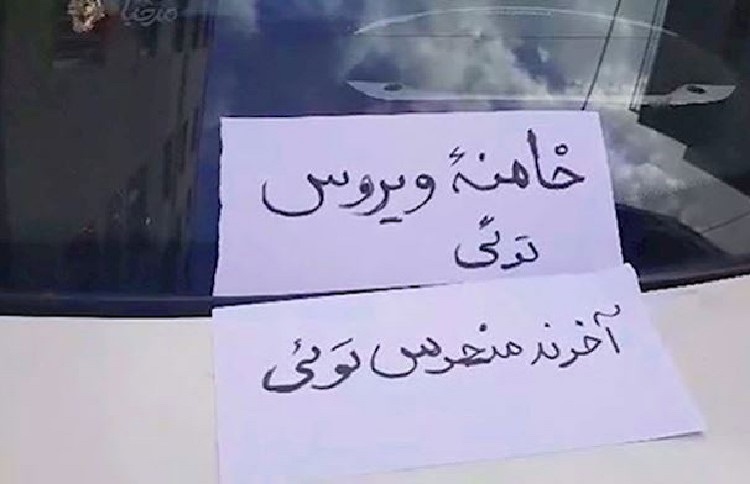 On March 22, Iran’s supreme leader Ali Khamenei blamed the United States for the coronavirus outbreak in the country. He tried to excuse his system from the severe consequences of the virus by resorting to an “unconfirmed claim,” as he said, about the U.S. as the producer of COVID-19.

“You are in charge of producing this virus. I don’t know how much this accusation is true. However, no wise person can trust you to bring medicine for him under this accusation. You may send a medicine that makes this virus permanent,” Khamenei said.

He also rejected international aids while the country excessively needs them to contain the deadly virus. “[The U.S.] may send a person under the title of physician or doctor to complete its data about the magnitude of the virus’s effectiveness. Because, it’s said that [the U.S.] has produced a part of this virus specifically for Iran by studying Iranian genetics,” Khamenei added.

A little later, Iran demanded Doctors Without Borders to depart the country. Several doctors affiliated to this organization previously entered Isfahan with medicine and needed equipment to aid Iranian medical staff in countering the novel coronavirus.

“Thanks to Doctors Without Borders… There is no need to set up field [hospitals] by foreign forces, and their [permission] is canceled,” said Alireza Vahabzadeh, the advisor to the Health Minister, on Twitter.

The supreme leader’s claims, of course, are not new. Khamenei has inherited this method from his predecessor Ruhollah Khomeini, the Islamic Republic’s founder. According to Khomeini’s though, an eight-year war with Iran’s western neighbor Iraq was a ‘blessing’ for keeping his system in power. Also, Khomeini bluntly accused Americans, Britons, and others of his domestic failures. On March 3, Khamenei also portraited the coronavirus as a blessing, saying, “With these [medical] achievements, this tragedy will turn into a blessing for us.”

Khamenei dismisses #CoronaVirus as “not that big a deal”, even calls it a “blessing”. Iranians should pray against the virus “as prayer can solve many problems”

However, Khamenei has yet to pay a cent from his vast economic empire with $100 billion of properties under the name of “Execution of Imam Khomeini’s Order (EIKO).” The Iranian people and even medical staff suffer from a lack of precautionary items and equipment, while he oversees about 60 percent of Iran’s economy, according to “reformist” politician Behzad Nabavi. Notably, reports and officials’ remarks revealed that EIKO hoarded many face masks and played an ominous role in depriving the people of necessary items.

Nevertheless, accusing “foreigners” is the best scenario for Iranian ayatollahs to evade blame for COVID-19. “I would like to tell you, and everyone hears this message that ‘Know the enemy, know the enemy.’ Not knowing its enemy is one of the dangers that threaten each nation. It is a very great danger that [a society] doesn’t recognize its enemy, accounts it as a friend, or stays impartial. You should know both the enemy and its methods… They will plunder us if we fall in negligence,” Khamenei said on October 18, 2017.

On March 14, Deputy Health Minister Reza Malekzadeh unintentionally raised reasons for the rapid outbreak of the novel coronavirus in Iran, while Khamenei made efforts to justify the government incompetence. Malekzadeh also blamed Chinese officials rather than “the Great Satan.” “We had ample ties with China, and there were many transmissions. The virus entered Iran when the Chinese announced the virus with delay,” Malekzadeh said.

He also added, “According to several considerations, we didn’t [close our aerial boundaries] with China. I mean that we didn’t get the issue too serious.”

Remarkably, on February 19, 2019, the state-run IRNA news agency quoted Foreign Minister Mohammad Javad Zarif as saying in his visit with the Chinese Foreign Minister Wang Yi, “Iran has the most important strategic relationship with China across the globe.”

In summary, Iranian rulers severely need to accuse “foreigners” and illusory foes to fend off public anger over their inaction. They pursue to divert the people’s attention from their essential role in transferring and spreading the deadly virus in all the country’s 31 provinces. On the other hand, Khamenei tries to mention society about being the country under a biological attack. In this respect, he ordered General Mohammad Bagheri to form an oppressive base under the excuse of “health base.”

His functions practically show that he is concerned about the upcoming protests due to his government’s criminal secrecy and non-adopting of precautionary measures to contain the virus. In this context, he is mobilizing his forces and equipping them with protected fatigues to patrol in the streets and set an uninformed martial law to terrify protesters from raising their voices.

By Jubin Katiraie The head of Iran’s central bank, Abdul...