Inside Iran’s Coronavirus Crisis– Provided by MEK and NCRI 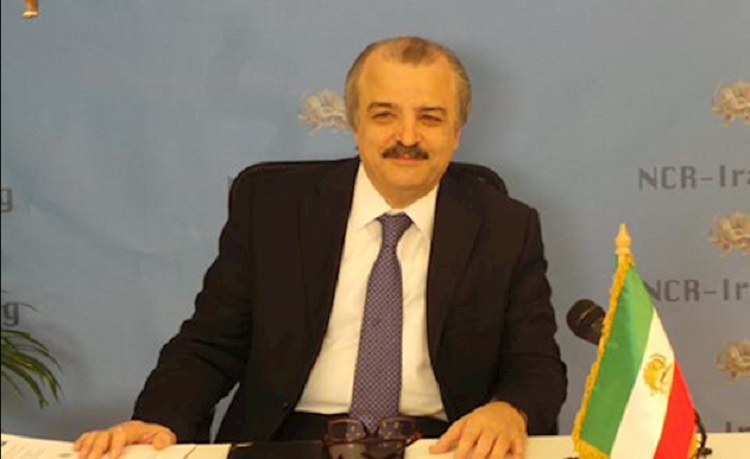 After the emergence of the novel coronavirus in China, many states adopted pre-emptive measures to protect their nations against the disease. Due to the Iran-China partnership, the Iranian government not only rejected any precautionary actions but also continued its flights to/from this country and kept the people in the dark about the spread of COVID-19 in Iran until the death of two patients in Qom on February 19.

In this context, the government conceals the real scope of the virus contagion among the people in fear of igniting the ire of the public against their incompetence and inability to protect Iranians’ lives and health. However, the National Council of Resistance of Iran (NCRI) played a key role in providing the real death toll relying on the vast domestic network of the Mojahedin-e Khalq (MEK/PMOI).

On March 26, Mr. Mohammad Mohaddessin, Chairman of the Foreign Affairs Committee of the NCRI, shed light on the reason for the rapid spread of the COVID-19 in Iran and how the authorities’ mismanagement exaggerated the crisis. He also explained the Iranian government’s purpose for exploiting from the countrywide illness to cease the economic pressures, particularly lifting U.S. sanctions.

“The world is dealing with a Coronavirus crisis. The situation in Iran is different in many respects, it is alarming, catastrophic and is getting worse by the day. For us as Iranians, this is a pressing humanitarian issue since our people from all age groups and all over Iran are perishing in the broad daylight. Urgent international action is needed,” Mohaddessin said.

The NCRI representative next highlighted the two vital points that Iranian officials attempt to hide. “First, the real scope of Iran’s coronavirus outbreak, fatalities among senior regime officials, IRGC commanders. Second, Reasons for the spread of crisis, real impact of sanctions, regime’s request for an immediate cash loan from the IMF.”

Mr. Mohaddessin mentioned the latest figures of mortalities in Iran provided by the MEK supporters. “As of the afternoon of March 25, according to the information by the network of the People’s Mojahedin Organization of Iran or PMOI inside Iran, Coronavirus has taken the lives of more than 11,500 in 222 cities across Iran,” according to the NCRI’s statement on March 25.

Mohaddessin provided more details about the coronavirus spread in Iran and the dire conditions in different provinces. He also exposed that around 100 officials have succumbed to the coronavirus until now. However, the government covers-up and attributes their death to other reasons such as heart disease or respiratory difficulty.

“Another indicator of the scale of the catastrophe is the death of more than 100 regime officials, including more than two dozen senior clerics such as Khamenei’s representatives, and advisers, at least 10 senior IRGC commanders including Brig. Gen. Hossein Assadollahi, the former commander of Mohammad Rasoul Allah Division in charge of controlling Tehran as well as parliament deputies and senior local officials. In many cases the regime has tried to announce a different cause for the death,” Mohaddessin added.

The NCRI representative unveiled that Iranian authorities intentionally concealed the news about the coronavirus emergence in Iran despite their knowledge. He also described the reasons for this criminal secrecy, which resulted in the infection of more citizens with the virus and unbelievable expansion across the country.

“We have clear evidence that the regime was aware of the spread of the virus to Iran and that several people had died after being infected a month before but kept it a secret. Because of the February 11 anniversary of the revolution and the sham parliamentary elections on February 21, Khamenei explicitly prohibited officials from making the announcement.

“Interior Minister Abdolreza Rahmani Fazli told a press conference on February 23, that while some people had recommended that the postponement of the parliamentary elections, as the official in charge, had rejected those calls.  Despite repeated warnings, the IRGC-owned Mahan Air continued passenger flights to China into March. Tehran’s lack of proper response and a failure to quarantine the city of Qom, the epicenter of the Coronavirus, caused the spread of COVID19 to at least 16 other countries.

“We have documents from hospitals that since early February, patients suspected of being infected by coronavirus had been hospitalized in various hospitals in Tehran, including Khomeini and Masih Daneshvari hospitals. While the regime has made a concerted effort to depict the sanctions as the real reason for the catastrophic situation, in reality, no one but the regime is responsible for the crisis, Mohaddessin said.

Mr. Mohaddessin also raised several basic facts about the Iranian government, saying, “For four decades, the Iranian regime’s only preoccupation has been to suppress the Iranian people, sponsor terrorism and belligerence in the region and proliferate weapons of mass destruction. This is reflected in the allocation of budgets for these malign activities instead of the basic needs and welfare of the people such as medical facilities and hospitals.  This policy has devastated the basic foundations of Iranian society with the Iranian people paying the price.

“Corruption is institutionalized. It has become so rampant that even the regime’s leaders describe it as seven-headed dragons. Annually, a large portion of the country’s budget is allocated to pharmaceutical production and imports, but, due to widespread state corruption, a major part of the money is stolen or embezzled. On July 15, 2019, Health Minister Saied Namaki said: “An amount of $1,300,000,000 (IS THIS FIGURE CORRECT) for medical equipment has gone out and no one knows who exactly has taken them and what has been brought in and to whom they were handed over.” The Governor of Central Bank on December 19, 2019, said: “We have provided 22 billion dollars’ worth of foreign currency for the imports, out of which 11 billion dollars has not returned to the country. What has happened to the rest of the money?” A regime newspaper wrote on December 18 that according to information from 15 Iranian banks, it became evident that financial facilities and funds provided to 456 real and legal entities is about 363 thousand billion tomans, which is equivalent to the whole budget of the Iranian year 1399 (that started on March 20).”

Mr. Mohaddessin spoke about the plundering institutes in Iran and listed several government-linked financial institutions. “Due to hoarding and mismanagement, hospitals lack basic supplies and required equipment and facilities to counter this catastrophe. Medical facilities are exclusively controlled by the IRGC. Ordinary patients are deprived of basic needs, such as masks and disinfectant liquids; the IRGC sells them on the black market at 10 times the actual price.

“Regarding the availability of funds, according to the regime’s senior officials, there are four institutions that control 60 percent of the national wealth. This includes Headquarters to Execute Imam’s Order (Setad Ejraie Farman Imam), Khatam al-Anbiya Garrison, Astan-e Quds, and Martyrs and Mostaz’afan foundations.

“All of them are under the total control of the regime’s leader, Ali Khamenei. Setad’s assets and capital are estimated to be in excess of $100 billion alone.

“The National Development Fund is under the total and sole control of Khamenei. While there are several estimates on its holdings, it reportedly has dozens of billions of reserves.”

He explained, “These institutions under the control of the IRGC or Khamenei’s office possess massive assets and facilities. Even a small portion of them could pay for the costs of confronting Coronavirus, including paying salaries of workers and employees.

“While Khamenei has refrained to use his personal coffer to provide for the most basic needs of the Iranians, the salary and benefits of repressive forces namely the IRGC and the regime’s proxies outside of Iran has not been affected. On January 8, the regime increased the budget of the IRGC Qods Force by 200 million Euros.”

In the end, the Chairman of the Foreign Committee of the NCRI explained about the ayatollahs’ secrecy and depriving the Iranian people of essential health and hygienic items, saying, “Medicine has never been sanctioned. This has been underscored by US authorities.  The Director of Organization of Food and Medicine of the regime announced on Saturday. March 21, that special clothes, masks, and hygienic material are imported in 48 hours.  The regime has been able to import testing kits since January.”