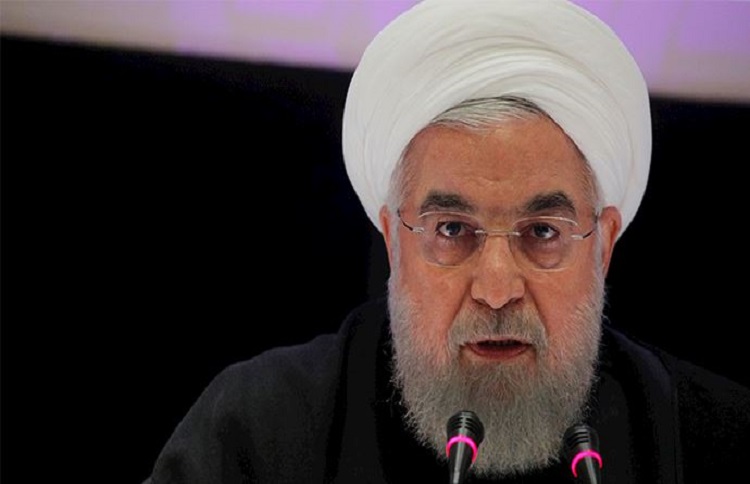 Iranian President Hassan Rouhani claimed that the level of coronavirus (COVID-19) deaths and infections in his country were “acceptable”, during a meeting with cabinet members yesterday, and that the condition in some provinces was “good”.

This came just after Health Minister Namaki downplayed the severity, claiming that Iran has a similar level of coronavirus as France, with around 2,600 deaths. However, many Iranians and some officials have said the official figures are false.

Indeed, the National Council of Resistance of Iran (NCRI), who is getting its reports from internal sources and medical staff, reported over 13,000 deaths in 231 cities.

The authorities want to pretend that they have the coronavirus under control, but a simple comparison to Italy, the worst-hit country in Europe, shows otherwise.

The Italian government implemented strict quarantines just a couple of weeks after the coronavirus outbreak in their country and accepted aid from Germany, Switzerland, and Austria to treat patients. Despite this, over 10,000 people have died.

The Iranian officials hid the first coronavirus cases in Qom in January to encourage more people to attend Quds Force commander Qasem Soleimani’s funeral, take part in the anniversary celebrations and vote in the election.

The Iranian government also rejected aid from the US and Doctors Without Borders, claiming that the US invented coronavirus and that they didn’t need foreign intervention. Despite this, they are calling for sanctions to be lifted, claiming that sanctions are stopping Iran from getting the aid it needs, even though the sanctions allow for humanitarian aid.

US Secretary of State Mike Pompeo tweeted: “FACT: As Iran asks for more money, remember: since 2012, the regime sent $16B+ to its terrorist proxies in the Middle East. Officials stole 1B+ Euros intended for medical supplies, and continue to hoard desperately needed masks, gloves, and equipment for sale on the black market… FACT: The US has offered $100M+ in medical aid to other nations—including Iran—and our scientists are working 24/7 to develop a vaccine. [Supreme Leader Khamenei] has rejected American offers and spends 24/7 concocting conspiracy theories. How does that help the Iranian people?”

Most other countries began grounding all flights to and from China, but the Islamic Revolutionary Guards Corps’ (IRGC) Mahan Air refused, putting profit above people. The world also largely put in provisions to allow people to work from home or provide financial assistance to those whose jobs cannot be done from home, but Iran has not, despite having millions for its proxy forces and missile programs, and its people cannot afford to stay home.

Given all of this, how can there be just 2,640 coronavirus deaths?

What Is the Purpose of Iran’s Biological Drills?

Reuters: China urged other powers on Tuesday to show...