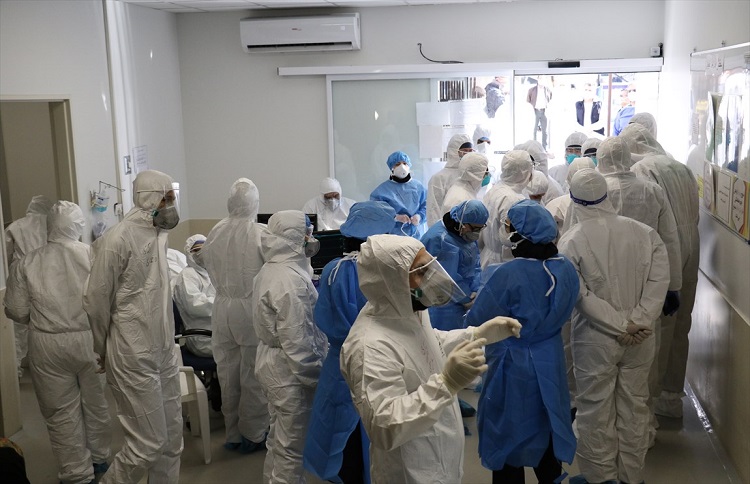 A significant number of patients had been hospitalized for coronavirus in Qom and Tehran by February 4, according to documents produced by Iran’s National Emergency Organization.

Health Minister Saied Namaki said on February 18 that there were no coronavirus infections in Iran, something that residents, doctors, and even officials had previously rebuked, but this proves it.

On March 19, President Hassan Rouhani said that the first positive coronavirus tests came on February 19, which is clearly a lie, and that the officials did not delay when reporting this, even though they had elections on February 21.

Of course, he doesn’t mention that the officials were, and still are, downplaying the coronavirus.

On March 3, Supreme Leader Ali Khamenei said that the coronavirus was “not serious” and merely a “fleeting event” that he did “not [want to] make a big thing out of”. He even called it a “blessing” and an “opportunity”.

The Committee on Security and Counterterrorism for the National Council of Resistance of Iran wrote: “Undoubtedly, this criminal cover-up to enable the regime to hold the February 11 Revolution anniversary and the February 21 sham parliamentary election played a critical role in the rapid spread of the coronavirus in Iran and to the Middle East region and the catastrophic number of the victims. Khamenei, Rouhani and other regime leaders are directly responsible for this crime against humanity and must face justice.”

The English translation of the Mission Reports issued by the National Emergency Organization in Tehran Province (and photocopies of the Persian-language original) can be found here.

The “Forms for Emergency Protection Report 115”, which feature the emblem of the Ministry of Health, Medical Care and Training – Center for the Management of Medical Incidents and Emergencies of the Country, show that in addition to those infected in Qom, many coronavirus patients were taken to Tehran’s Khomeini, Yaftabad and Masih Daneshvari hospitals.

By February 4, these people were hospitalized:

Exclusive: Profile of an assassin-turned-diplomat