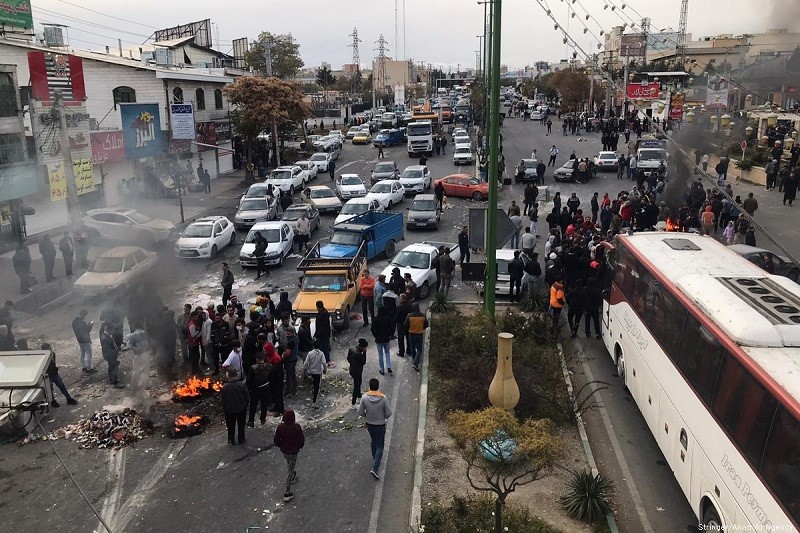 The Iranian regime’s elements are expressing their fear of upcoming protests by the post-corona era society.

This shows that the real situation of the regime and the relation of the people with the government is worse than it shows to the international community. Even events like the recent satellite lunch by the Revolutionary Guards (IRGC) and flaunting with it in the world will not solve anything and save the regime from more protests. Below are just some examples of the regime’s panic over the situation.

The state-run Jahan Sanat daily on 22 April called “the economic and social collapse of the [regime] inevitable in the near future” and warned of “a super-movement protest”:

“Now, the economic consequences of Corona and its aftermath, the social consequences of the disease in the country, and the economic collapse and then the social collapse will be inevitable in the near future, and in addition to studying the curve of the popular protests in the country in 1999, 2009, 2017 and 2019, this issue will lead to the re-emergence of economic and social dissatisfaction in the society and its dragging to the streets in the coming months.”

Jahan Sanat emphasized that “this time the protests will be more intense and violent.” It added: “It can be described as a super-movement protest in the country that will be attended by most of the lower and middle classes.”

While the regime’s sympathizers have warned the regime many times before, but as time goes on, they put aside compliments and express this sense of danger in a more serious tone.

What is more difficult than the current situation?

The Arman daily, which belongs to Rouhani’s faction, while fearing upcoming protests, suggested a better “relation of the people and the government” after the coronavirus outbreak and wrote:

“In the post-corona era, the relationship between the people and the government must be addressed more than any other issue… The developments of November 2019 and January 2020 brought to mind that even in the pre-corona period, the society sought to meet its needs and a solution to the problems of the economy, livelihood, and social and civil liberties.” It concluded: “Therefore, in the post-corona period, these demands will increase significantly.” (Arman daily, 22 April)

About the future, this daily wrote: “From now on, we have to anticipate this and find a solution to it … If we do not have foresight, the future after Corona will be difficult economically and socially. If the authorities do not feel a responsibility, what will happen is a more difficult continuation of the current situation.

“In the post-corona era, we must put economic discipline on the agenda, and on the other hand, we must accept the FATF so that we can trade with the international community, especially with the countries of the region, so that we can gain the region’s export markets.”

One of the regime’s elements Emad Afrough fearing the post-corona era said: “When the government normally pays astronomical salaries to some people, it does not adjust the income gap, the people spend prudently and react to it.”

Referring to the November 2019 uprisings he said: “At that time, we should not call the people rioters. You are a troublemaker; you provide so much economic discrimination and you tell people not to complain! It is not possible to take that gasoline decision and create a shock on the society but tell the people not to protest.”

Showing his fear on the people’s anger, he said: “If people show in normal circumstances that they don’t trust, they have the right not to trust, but they come to the forefront where things are being lost. Simultaneously with the protests of 2018, the people were polled and asked the reason. 81 percent of the people knew the cause of this, the economic dissatisfaction.” (State-run website Rokna, 24 April)

The coronavirus situation in Iran is a long time...