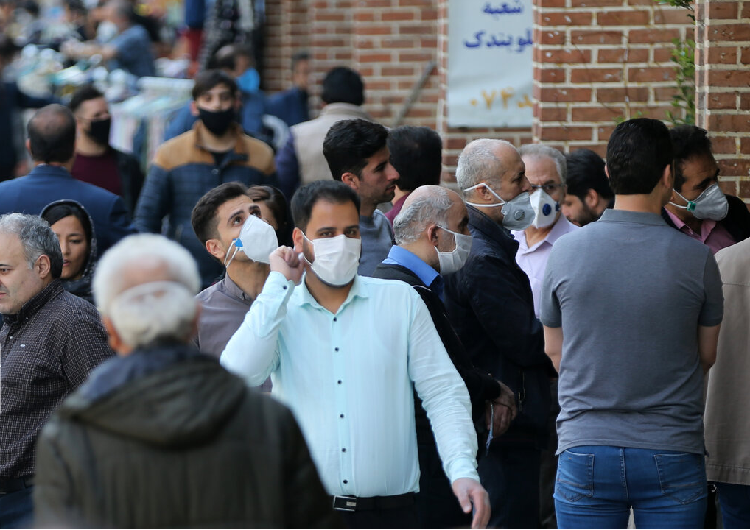 Contrary to Iranian officials’ claims, the rate of infection with the novel coronavirus among Iranian families has increased. The authorized representative of the Health Ministry in Gilan Province Mohammad Hossein Ghorbani acknowledged 700 new cases in the province over four days.

“Abolition of traffic restrictions between the provinces was a strategic mistake,” Ghorbani said.

“After the normalization of traffic, most of the new patients are in the family area. In fact, citizens have taken part in family gatherings and meetings as normal situations, which led to an increase of the infection with the coronavirus among families,” the spokesman added.

He also stated that “Given the normalizing of traffic and participating in tourists, the corona’s second wave is more likely to emerge.” Ghorbani blamed the “National Counter Coronavirus Task Force” for reopening cities’ gate on April 19. “Reopening provinces’ gates persuaded the people that the situation has become normal, which caused a peak of infection in several cities like Loushan, Astara, and Roudsar,” he continued.

New infections, of course, are not limited to Gilan province alone. Massoud Younesian, a member of the science committee of Tehran’s Medical Science University, criticized authorities’ secrecy. “The actual number of the coronavirus victims in Iran is about 20 times more than what is reported [by officials],” Setareh-e Sobh daily quoted Yousefian as saying on April 25.

“I believe that [official] statistics are systematically much less than the reality… [Coronavirus test kits] are not sensitive enough and diagnose only half of the cases. Also, [hospitals] are testing half of the bedridden people. It can be said that the real statistics are about 20 times more than official reports, if we accepted that only 20 percent of patients have been hospitalized and half of them are tested and a half of tested are positive,” Younesian added.

On March 9, Hadi Mirhashemi, member of the science committee of Beheshti’s Medical Science University, announced that only 20 percent of infected people with the COVID-19 are bedridden in hospitals.

“In our country, everything is ordered from above. The SNSC and the security of the Health Ministry ordered us not to announce the corona casualties. Now, all provinces do not announce stats,” said Nikbakht on April 25.

In this respect, Ali Reza Zali, the head of the counter coronavirus task force in Tehran, realized that the number of new corona patients is increasing in Tehran. “Reopening the parks has sent a wrong message to the people while citizens imagined that Tehran’s pandemic situations have changed,” Zali said on April 25.

On April 19, the head of Tehran’s Council Mohsen Hashemi described the Health Ministry’s stats about the coronavirus outbreak as fictional in a pubic session of the council. “Members of the council are concerned that these stats create the impression of normalization and pave the way for making decisions for removing restrictions,” Hashemi said.

Earlier, on April 13, the Social Studies’ Office of the Parliament Research Center released a report about countering the coronavirus outbreak in the country. At the time, the office estimated the real number of the COVID-19 fatalities at more than 8,600 people, around two times more than the Ministry’s stats.

Notably, on the same day, the Iranian opposition group, Mojahedin-e Khalq (MEK), announced, “Over 27,000 people have died of the coronavirus in 267 cities checkered across all of Iran’s 31 provinces.”

“The number of cases reported could represent only about a fifth of the real numbers,” said Dr. Rick Brennan, Director of Emergency Operations in the World Health Organization’s (WHO) on March 17, after returning from a mission to Iran.

Also, on April 24, a medical worker from Mashhad city, northwestern Iran, reported that the rate of the positive test has soared since last week. The source said, “Only in one day, 90 persons tested positive of the COVID-19 among 120 suspect clients.”

However, Iranian officials downplayed real figures to send millions of people to work and resume financial activities. In reality, the ayatollahs and their appointees failed to manage quarantine policies and other precautionary measures to contain the coronavirus.

Therefore, they pushed the people to dangerous workplaces and factories and lifted social distancing by making hollow claims. The Iranian government that faces the public ire against its irresponsible policies and wasting national resources on adventurism factually prompted more hatred by the people. Truly, the ayatollahs have ignited a new round of protests and uprisings by resuming their bankrupt economic activities.

Iran: 30,000 People at Risk of Contracting Coronavirus After Easing of Social Distancing Rules