Two Dead and Three Injured in Explosion in Iran 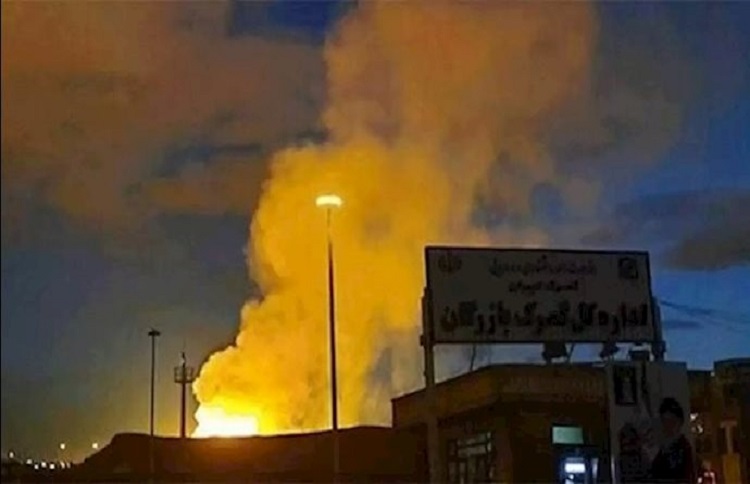 Two people have died and three have been injured in an enormous explosion in Baghershahr, just south of Tehran, early Tuesday morning.

The regime said that exploding oxygen capsules are the cause of this latest explosion, with the mayor of Kahrizak, a town in southern Tehran, confirming what happened.

He said: “Negligence by employees of a workshop involved with filling oxygen capsules led to an explosion at 3:20 am local time Tuesday morning, resulting in two deaths and three injuries. The oxygen capsule explosion was so severe that the walls of the Saipa Press factory near this workshop were even damaged.”

Baghershahr is a “completely industrial” area, located 13 kilometers south of Tehran’s Shahre Rey area, that is just 55 square kilometers and has a population of 59,000. In 2017, a massive fire broke out at its oil refinery, killing six and injuring four.

The latest incident comes just one week after 19 people died and 14 were injured at an explosion at the Sina Athar medical center in northern Tehran. This disaster, which happened on the evening of June 30, inflicted major damage to several nearby buildings in the Tajrish district, but authorities have still not provided an initial report into the cause, even as the emergency workers warned that more explosions could occur at the site.

The Iranian Resistance stressed that if the cause of the blast was found to be old equipment and facilities, then the regime must be held responsible for wasting public money on a pointless and dangerous nuclear weapons program or to support terrorist proxies across the Middle East.

They argue the money would have been put to much better use improving facilities in the country to prevent death and destruction from lax health and safety laws that allow dangerous equipment and working conditions to kill more Iranians every year than any war.

They wrote: “Why does this regime have a long history of providing billions of dollars to the murderous Assad regime in Syria, the terrorist Hezbollah group in Lebanon, proxy militia groups across Iraq, Hamas and Islamic Jihad in Palestine, and the Houthis in Yemen?

Shouldn’t this money be spent for the good of the Iranian people? And why does the mullahs’ regime spend millions if not billions of dollars for housing projects, schools, mosques, and hospitals across the Middle East and even in Africa? As long as such policies continue, the Iranian people will continue to suffer.”

Reuters: Iran is reviewing its crude output but no...

Maryam Rajavi: Urged Europe Not to Expand Their Diplomatic or Economic Relationship With Iran