Iran MPs’ Fight Over the Budget 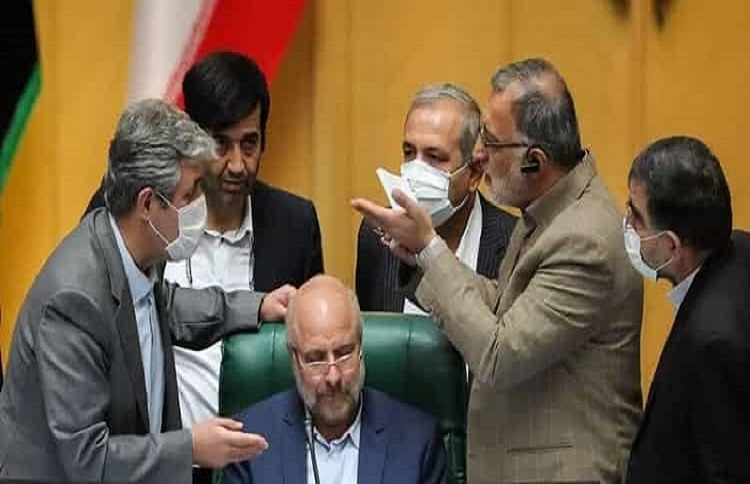 When a vulture lands on a rotten carcass, it worries about rivals who could arrive most than worrying about eating.

In March 2020, the budget bill submitted by Iran’s government to the parliament had been rejected by the deputies. At that time Massoud Pezeshkian, the then deputy speaker of the parliament, said: “The next parliament will consider it.”

But this did not happen because of the coronavirus outbreak and the closure of the parliament. At the request of the Parliament Speaker Ali Larijani and with Supreme Leader Ali Khamenei’s decree, the budget law was returned to the Parliamentary Integration Commission out of the ordinary, and finally, without re-emerging, it was finalized in the Program and Budget Commission and passed to the Guardian Council.

A look at the budget rows reinforces the possibility that the rejection of Tajgardun’s credentials is in fact a war on the appropriation of these budgets under the guise of fighting corruption.

In the bill submitted by the government to the parliament, the budget of the parliament itself and related institutions such as the Court of Audits, the Research Center and the Library and the Documentation Center have other figures, but Tajgerdun has increased these figures in the Program and Budget Commission and now the legacy which is left for the 11th parliament, it is much more than what was in the government bill.

A look at these budget lines also reinforces the possibility that the rejection of Tajgardun’s credentials was in fact a war over the appropriation of these budgets under the guise of fighting corruption.

This happened when Mohammad Bagher Qalibaf’s access to the parliament was confirmed and his presidency over the new parliament was obvious, and in fact, these 70 billion Toman budget increases can be considered as Tajgardun’s gift to Qalibaf.

From the other three important institutions that work in the field of parliament, the heads of two institutions, namely the Court of Audits and the Library and Documentation Center, are elected or appointed from outside the parliament. But the director of the research center goes to one of the representatives, and this center is also a very important information entity.

During the presidency of Haddad Adel, this center was headed by Ahmad Tavakoli, during the Larijani period, it was handed over to Kazem Jalali, and now, in Qalibaf’s presidency, there was a possibility that Tajgardun would become the head of the research center in exchange for his 70 billion gifts to Qalibaf. Especially considering that in the new parliament, it was not possible for Tajgerdun to continue as the chairman of the Program and Budget Commission.

Alireza Zakani was the first person who benefits in the war on Tajgardun’s credential dispute. A figure close to Ahmad Tavakoli, who has been seeking to take back the research center for many years, and now three figures close to him, namely Naderan, Zakani, and Ahmad Amirabadi, are prominent figures in parliament. They defeat Tajgardun, and two weeks later, Zakani, as head of the Parliamentary Research Center, takes over the center’s nearly $100 billion budget.

The Court of Audits, which was captured by Mehrdad Bazarpash, has a similar fate. The budget of the court in the government’s proposed bill was 554,677,100,000 billion Tomans, which increased to 625,100,000,000 billion Tomans in the commission. That means an increase of 70,422,900,000 billion Tomans. It is not clear which considered the option of Tajgardun and Qalibaf this place has been booked, which is now in the hands of Mehrdad Bazrpash.

But it seems that if Zakani’s team and his friends had not won the first war, someone else would probably have taken the place of Bazrpash as the President of the Supreme Audit Court.

West seeks pretexts to use against Iran: Ahmadinejad