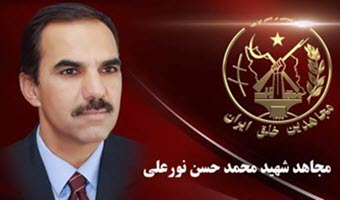 Paris, 3 Nov – The National Council of Resistance of Iran (NCRI) published in a statement on 2 November:

Hassan Nour-Ali, 54, had joined the ranks of the People’s Mojahedin Organization of Iran (PMOI) 34 years ago to struggle against the religious fascism ruling in Iran.