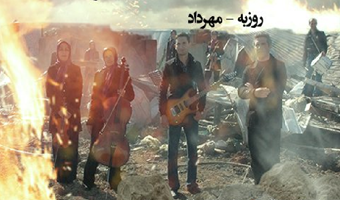 London, 4 Nov- Three days after the 29 October rocket attack on Camp Liberty, Iraq, which killed at least 25 members of Iran’s main opposition, the People’s Mojahedin Organization of Iran (PMOI or Mujahedin-e Khalq, MEK), and wounded dozens more, the young musicians at Camp Liberty, ever so defiant, performed this song, “Day of Reckoning” amid the smoldering rubble.

Watch the scenes of the October 29, 2015 rocket attack on Camp Liberty captured on camera by the PMOI (MEK) members:

AFP: Baghdad is "looking the other way" as Iran...

AFP: Campaigning for Iraq's April 30 elections will be "highly...