Iran Focus: Tehran, May 19 – Art works and monuments paying tribute to prominent Iranian figures have “mysteriously” disappeared from Tehran parks and public squares as officials proceed with plans to dedicate green space to memorials of the 1980-88 Iran-Iraq war.

Tehran, May 19 – Art works and monuments paying tribute to prominent Iranian figures have “mysteriously” disappeared from Tehran parks and public squares as officials proceed with plans to dedicate green space to memorials of the 1980-88 Iran-Iraq war.

Various government institutions, backed by the mayor of Tehran and municipal resources, will design the memorials to what they call the “period of sacred defence,” a catastrophic conflict that left more than 2 million dead or injured and at least 50 cities and towns and 3,000 villages damaged with $1 trillion in economic damages on the Iranian side alone.

Widespread opinion in the capital is that the missing statues – including those of Sattar Khan and Baqer Khan, two of the most renowned leaders of the Constitutional Revolution of 1906 – can be linked to authorities who are wary of honouring such freedom-loving figures when continued anti-government protests prove to be a significant threat. Some residents believe the regime seeks to replace them with war remnants in a bid to raise the morale of dispirited security forces confronting popular protests.

Below are some of the details of the war memorials as well as pictures showing the sites where statues have been removed:

Some residents believe that after failing to attract youths and other Iranians to the war front, the authorities are attempting to exploit the city’s resources and adopt a so-called “cultural approach” to bringing a warmongering mentality and imagery to the city’s public and recreational places. In the end, however, the combination of patriotic and artistic monuments with the remnants and replicas of the war period poses as a clear incongruity. 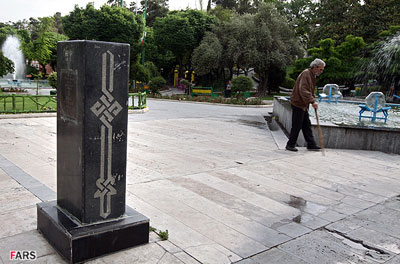 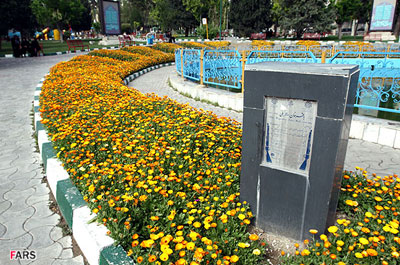 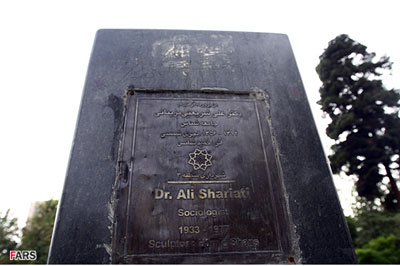 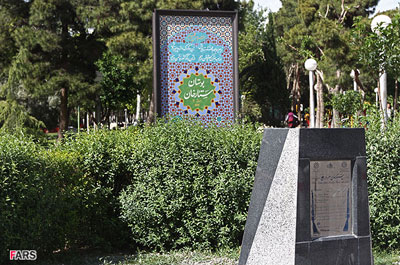 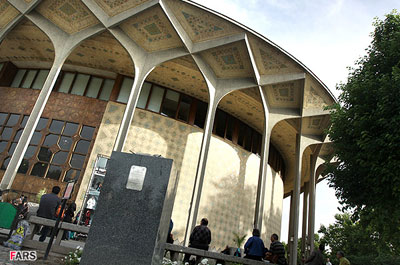 A glance at new sanctions imposed on Iran

AP: The Obama administration announced a new set of...

Iran to sign up human shields for nuclear reactor

Reuters: Thousands of Iranians are expected to volunteer to ...