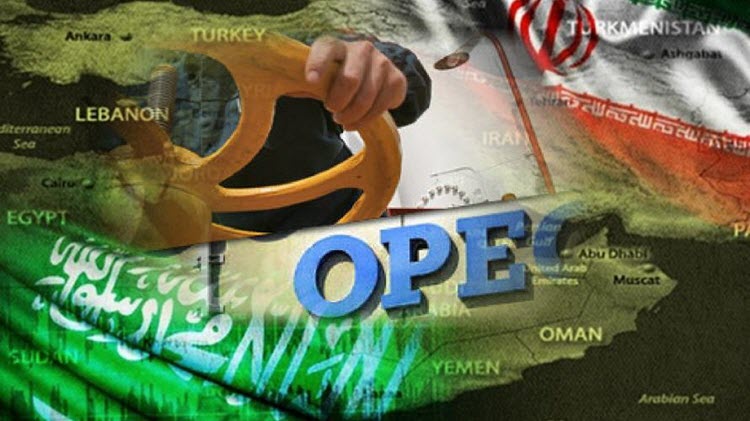 London, 7 November – On Friday, a report from Reuters indicated that the economic conflicts between Iran and Saudi Arabia are far from over, notwithstanding the optimism that followed earlier OPEC meetings to which both the Iranians and the Saudis had participated. Early last month, it was suggested that Saudi Arabia had stepped back from its demand for Iranian participation as a condition of OPEC putting into effect a collective output reduction aimed at raising global oil prices, which remain at approximately half of last year’s levels.

But those reports followed Saudi proposals for Iran to at least freeze its own output at current level, while other OPEC members sought to reduce overall output by as much as 700,000 barrels per day. The latest reports imply that Saudi Arabia had expected Iran to come around to at least this level of cooperation; but in the wake of yet another OPEC meeting last week, this appears to have not happened.

The two regional adversaries reportedly clashed once again during that meeting, and now Reuters reports that Riyadh has raised the possibility of increasing Saudi output and intentionally driving prices down in order to combat Iran’s efforts to secure larger and larger shares of the international market. Thus, there is a fair chance of the two regional powerhouses getting themselves stuck in an economic game of chicken, the outcome of which is not predetermined.

It is understood that Iran is better able to weather depressed oil prices, as a result of the diversification of its economy as part of the strategy of “resistance” to the years of economic sanctions. But the effects of the sanctions nonetheless leave Iran in a highly vulnerable position compared to Saudi Arabia, which has benefited from its long relationship with the United States, and which enjoys an entirely up-to-date production line for its oil economy.

The specifics of the Saudi warning include reference to 12 million barrels per day as the possible upper limit of the country’s production. Iran, in the meantime, is aiming to increase its production to somewhere over four million barrels per day. Although different sources suggest different figures, the consistent narrative is that the Islamic Republic has no intention of cooperating with OPEC or otherwise curtailing its oil production at least until it reclaims pre-sanctions output levels.

However, in previous articles it was pointed out that some figures in Iran’s oil economy have already declared that this benchmark has been reached. But the Iranian regime’s official claims are different. They maintain that production increased rapidly in the wake of the Iran nuclear agreement but then leveled off somewhere just short of the pre-sanctions benchmark.

If this is true, it arguably represents the best of both worlds for Iran. Hellenic Shipping News reported on Friday that Iranian oil exports had reached 2.44 million barrels per day, the highest such figure seen since well before sanctions went into full force. The report indicates that such officials as Iranian Oil Minister Bijan Zanganeh were keen to attribute the boost to Iran’s domestic development initiatives, including technological improvements and reduction of domestic consumption. But a strong factor in the trend toward greater exports is the large-scale interest that has been demonstrated by foreign buyers and investors who were previously participants in the international sanctions regime.

In fact, this growth in foreign interest has also seemingly contributed to the growth in conflict between the Iran’s Regime and the Arab world, insofar as it has helped to give Saudi Arabia and its allies the impression that they have been abandoned by their former Western allies. Western reengagement with Iran has correlated with Western nations including the US tacitly cooperating with Iran in the conflict against ISIL, or at least refusing to stand up against the expansion of Iranian influence in the broader Middle East.

Washington opposed Arab intervention in Yemen, where Iran is backing the Houthi rebellion against the government of President Abed Rabu Mansour Hadi. Nonetheless, Saudi Arabia took the lead in forming an Arab coalition aimed at fighting against the presence of Iranian proxies on the Arabian Peninsula. This and other autonomous moves have widely been interpreted as reactions to the perception of a lack of US leadership where it’s longstanding Middle Eastern allies are concerned.

But whatever the Arab perception of current US policy may be, it is all but certain that the Saudis and their allies are growing increasingly concerned about Iran’s plans for the region as a whole. This anxiety has been manifested internationally through such things as the proxy war in Yemen, but also domestically through attempts to crack down on dissident sentiment and particularly on Shiite groups believed to be linked to Iran.

Although the intimacy of those foreign connections certainly varies from case to case, the overall accumulation of those cases is indicative of two things: the extent of Arab nervousness over the current geopolitical situation, and the reality of Iran’s foreign ambitions as an aspect of that situation.

In just one of the latest examples of these trends, Asharq Alawsat reported on Thursday that Saudi Arabia had recently handed down 10 year sentences against two individuals accused of having traveled to Iran to meet with a known terrorist, for the sake of planning activities to destabilize the Sunni Kingdom of Saudi Arabia. The verdicts coincided with a six-year verdict handed down against a person accused of supporting the Houthi.

Whether or not these particular cases featured actual involvement from the Iranian regime or from the Houthi’s patrons among the Iranian Revolutionary Guard Corps, there are other examples of Iran’s expanding regional influence which are not subject to reasonable doubt. One such example that has been prominent in the news over the past week is the settlement of a more than two-year long succession dispute in Lebanon. The resolution, which put Michel Aoun in place as the nation’s president, was widely described as a victory for Iran and a retreat for Saudi Arabia.

Aoun’s candidacy was preferred by Hezbollah, the local Shiite paramilitary that is financed and directed by Tehran. As such, his presidency can be expected to be subject to uncommonly strong influences from the Islamic Republic. And that expectation was bolstered on Friday by the report that Iranian Foreign Minister Javad Zarif had arranged to travel to Lebanon merely days after Aoun’s installation as president.

A report by Iran’s propaganda network Press TV declared that this visit would serve to explore “ways to strengthen bilateral cooperation in various political, economic and cultural fields in Lebanon’s new political landscape.” The report also quoted Zarif as saying that the long-delayed transition in power represented the Lebanese people asserting their own autonomy. But very little independent analysis of this situation seems to agree with that talking point. News reports previously highlighted some such analysis which concluded that the settlement in Lebanon had essentially just allowed Iran to replace Syria as the power exerting the most control over Beirut.

Indeed, such analysis continues to accumulate in the international press, as evidenced by a World Tribune article published on Friday, which reported that some of Aoun’s first acts after assuming power were to express loyalty to Iran and to threaten Israel. The report also notes that Aoun had initiated a policy of moving away from the Arab League – a shift that analysts reportedly perceive specifically as a message to Saudi Arabia.

Meanwhile, Iran is able to take over for Syria in Lebanon largely because the Syrian government has itself become an Iranian client, relying upon the Revolutionary Guards and a range of Iran-backed Shiite paramilitaries to help defend the regime of Bashar al-Assad. Prominent among these paramilitaries is Hezbollah, which the World Tribune describes as having become the main domestic force in Lebanon. That infamous terrorist organization now has an apparently permanent presence in Syria, as a result of Iranian leadership, and could use that position to later open new fronts against Israel.

On Thursday, Reuters reported that it is unclear how many members of Hezbollah are currently operating in Syria, although it is known that at least 1,600 have died in the civil war. Reuters also observes that the battlefield experience of that war has improved Hezbollah’s operations, putting it in a better position to fight a traditional war against a standing army, as opposed to fighting just against other terrorist groups.

If this is true of Hezbollah, it could come to be true of other Iranian proxies in the Syrian Civil War, as well as in other conflicts. The Reuters report indicates that Iran is commanding a force of 25,000 militants in Syria who had mostly been recruited from Afghanistan and Pakistan. Reuters described this as a “major power play in the region,” and it is plain to see how such an expansion of Iranian influence could further stoke Arab anxieties and lead to diminished prospects for economic cooperation or military de-escalation.

By Jubin Katiraie Even though the deaths of at least...