Born Addicted: The Tragic Tale of Drug Abuse in Iran 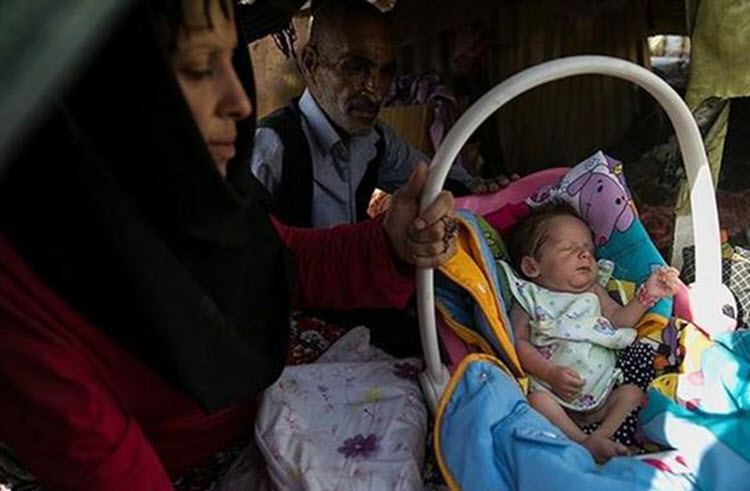 London, 19 Apr – Hundreds of babies in Iran were born addicted to drugs during 2016, according to government officials.

The state official, quoted in the state-run paper, Qanoon, on April 9, said: “In [the first nine months of 2016], 384 infants were born influenced by addictive drugs.”

This could mean that the baby was affected mentally or physically by the mother’s alcohol abuse or smoking habits, or that the baby is suffering withdrawal symptoms from narcotics.

This is a chilling statistic but it is only part of a greater problem. Iran has a major drug problem, which is prevalent is the poorest and most marginalised of communities.

Why people turn to drugs

When people are constantly subjected to inhumane treatment, as women under the misogynist rule of the mullahs are, they may turn to drugs (including alcohol and tobacco) as a form of escape. Consider also that many drugs are cheaper than food in Iran, meaning that it is not only an escape from the Regime’s abuse but also from their empty bellies.

The National Council of Resistance of Iran wrote: “Where they are not supported emotionally or economically, the stress and insecurity of women has gone up and these factors cause women to turn to risky behaviours, such as addiction”
The state-run media does not address the reasons that people turn to drugs; portraying the issue as a moral failing that has expanded beyond young men and the homeless to women and children.

The Qanoon article stated: “Addicted women and men nowadays not only addicted themselves but they are also giving birth to addicted children who may be addicted and carriers of many diseases, including HIV…. are there laws in place to protect these kids?”

While, yes, intravenous drug users are more likely to pass HIV on to their children in-vitro, it may be time to ask what the Iranian Regime are doing about the problem:

The answer is nothing. The Iranian Regime is content to dehumanise women (and men) until they turn to drugs, and then punish them for that as well. Unlike in civilised countries, drug use in Iran carries the death penalty.

In June 2016, Etemad, another state-run newspaper discussed the problem of drug-addicted children.

It stated: “As unresolved problems of addicted children demonstrate, [the Regime] does not have a facility for treatment of the addiction issues of these kids.”

Statistics on Childhood Drug Use in Iran

• 41% of street children have been involved in drug-dealing (Welfare and Rehabilitation Sciences University, 2001)

• 15% of street children are addicted to drugs; 9% are HIV positive (Centre for HIV Research of Health Ministry, 2011)

• 17.3% of street children have consumed alcohol at least once; 7% consume it daily (Welfare Organization, 2012)