Iran’s Fake Fighter Jet Is Back 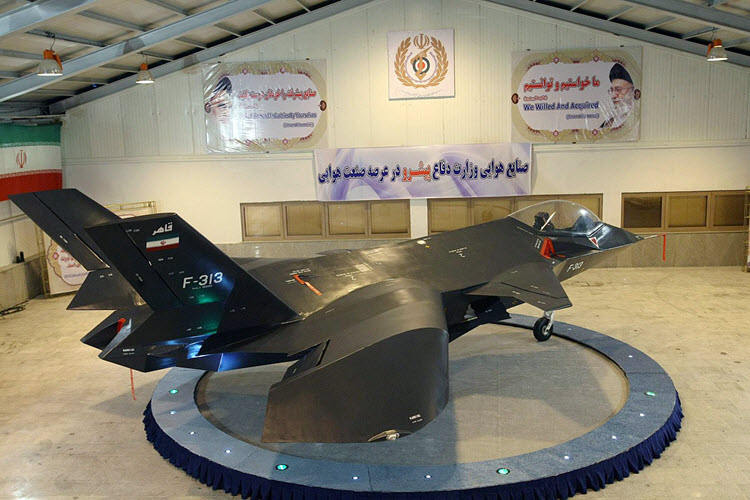 London, 19 Apr – Four years ago, the Iranian Regime bragged about its Qaher F-313, and many people who worked in the defence industries mocked the Gulf nation for its “poorly executed propaganda stunt”.

The craft was described as too small for a human pilot and lacked a nozzle for the engine- which would have set the plane alight.

This month, Iran unveiled a new version of the Qaher F-313 stealth fighter, which may show improvements over the last attempt but is still, according to Dave Majumdar, the defence editor of The National Interest, “probably just a model”.

He wrote: “The new Qaher F-313 prototype is a more realistic contraption, but it remains very doubtful as to how viable the aircraft would be as a combat aircraft.”

The craft appears to be larger and the cockpit may even accommodate a (small-statured) human pilot, both engines now have nozzles and the canopy appears to be made from proper aerospace grade transparencies as opposed to the plexiglass used in 2013.

Majumdar wrote: “Nothing is known about the current F-313’s avionics suite. Unlike with the 2013 mock-up where there were photos available of the cockpit interior, no such images are available this time around. The aircraft does appear to mount an electro-optical/infrared sensor turret under the nose—but the camera would simply add to the F-313’s radar cross-section as there are no provisions to reduces its signature.”

But the jet may have problems at higher levels of attack due to small air inlets, may be limited in speed due to thick airfoil of the wings and may not be able to carry enough fuel to fly into a combat zone.

According to an experienced U.S. engineer, who has worked on numerous low observable aircraft, the new Qaher appears to lack internal weapons bays and contains many hot spots where the radar cross-section would spike.

Majumdar wrote: “Basically, any claims that the F-313 might be a stealth aircraft are laughable.”

He continued: “Overall, the new F-313 appears to be a more realistic mock-up—but it is doubtful that it is a real flyable aircraft. In any case, at best, it might be an early concept demonstration model—similar in concept to the YF-22, YF-23, X-32 or X-35 which were basically empty shells designed to show of basic flying qualities before being refined into real production aircraft with operational mission systems. However, that’s probably unlikely—this F-313 iteration is probably just a model.”

AFP: The United States and European allies sharpened their...