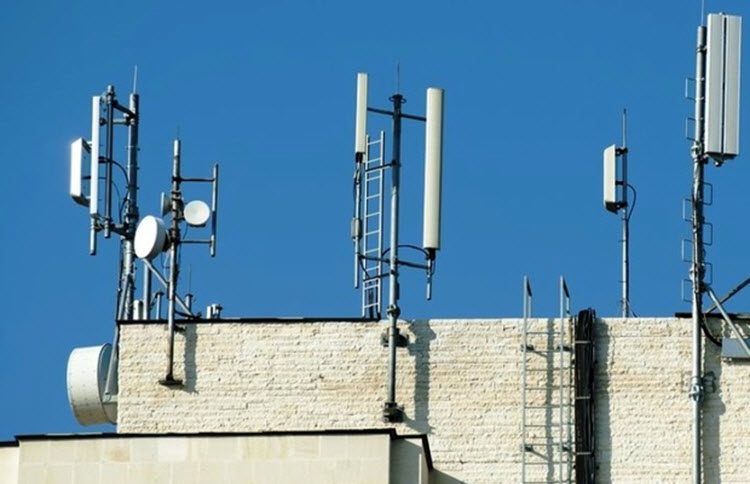 London, 15 Oct – In the past 20 years, since Iran’s cellular network infrastructure was first installed, the number of Base Transceiver Stations (BTS) has multiplied in line with consumer demand and now they crowd urban skylines, but some fear that the radiation emitting contraptions are a greater risk to human health than anyone imagined before.

Shirin, who wished for her last name to be kept secret, reported that a few months after she and her mother moved into an apartment with a rooftop BTS, her mother began suffering from headaches and fatigue. When they consulted a doctor, they were told to evacuate.

The rooftops of multi-story buildings are seen as perfect BTS installation sites, as they give optimal coverage and present few obstacles, but the problem is that the radiation emissions will definitely have an impact on a person’s health if they are “consistently exposed”, according to Seyyed Ali Alavian, Faculty Vice President of the Iran University of Science and Technology.

In fact, even Mohammad Javad Nazarimehr, a member of the Iranian Parliament Health Committee, has come out to say that radiation-induced ailments, even from small amounts, include “weakening of the immune system, increased risk of male infertility, elevated risk of Alzheimer’s and Parkinson’s diseases, neurological disorders, headache, eye pain, and loss of appetite”.

The worst part is that there is no current data to confirm how many BTSs are present in Iran, despite the fact that they fill the skyline of many residential areas and are even placed on the top of medical facilities.

Of course, telecommunications companies, the Ministry of Health and the Iranian Atomic Energy Agency, all claim that the towers are benign and it is “harmless” to install there near homes or medical facilities. But it’s very possible that the government feels this way because the mullahs are profiting from these companies, who are stalling proper debate.

One BTS installation technician, who wished to speak only as Hamid, said that there is little incentive for cellular service providers to obey national standards or municipal codes, as bribes will often get them a pass.

He said: “This way, everyone benefits except the residents of the building. Observing [industry] BTS-installation standards is costly […] It is easier and more economical for the operators to pay bribes instead of observing the standards. Some would argue that respecting these standards isn’t feasible in Iran, but I believe that they could be enforced easily if they had more public buy-in.”

As the populace’s knowledge on the BTS towers grows, they feel less secure about having these towers looming overhead as they live their lives, and few communities have been able to get a tower remov

By Jubin Katiraie The CEO of the Iran Khodro...