The Problem of Iran in Lebanon 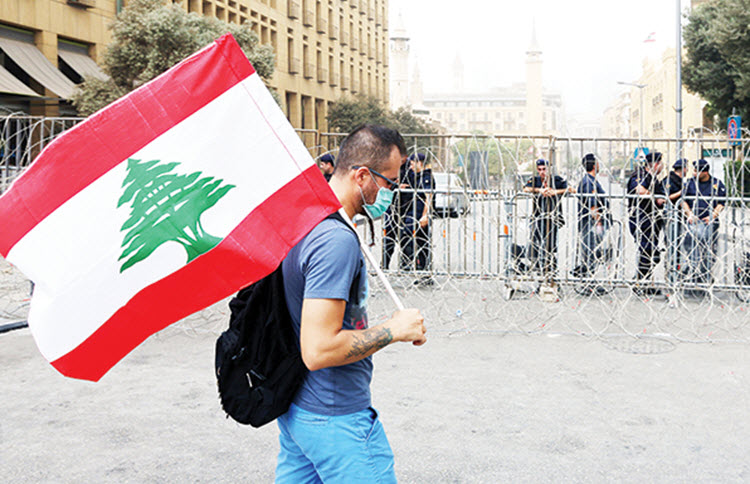 London, 15 Oct – Lebanon is a crumbling Arab state, where the Iran-backed Hezbollah reign supreme and a once-rich country is failing to meet even the most basic needs of its people.

A Lebanese activist recently ran laboratory tests on the drinking water source in the southern suburbs of Beirut and found it was contaminated with human faeces. Thanks to a lack of supervision by the state, Lebanon’s once-rich water supply is now so scarce that the people do not have any other drinking options.

The Lebanese people are not suffering from a water shortage, but rather a crisis caused entirely by the state. The energy sector is also rife with corruption, including non-payment of tax, which steals more money from the Iranian people.

These examples actually reflect how serious the collapse of the Lebanese state is, but the situation remains constant because of Iran’s control over the country. Essentially, Iran has deprived Lebanon of its national sovereignty through the mullahs’ support of Hezbollah.

But the sad truth is that this does not inspire much international outcry, despite the real and present dangers that come from Iran’s control of Lebanon.

Ali Al-Amin, the editor of news site Janoubia.com, wrote: “In fact, no one is opposing the numerous Iranian proxies in more than one Arab country and there is no objection apparently against toppling the project of the state in Lebanon by turning it into a theatre of doctrinal and sectarian groups fighting against each other within the red lines drawn by Iranian influence and which Iran seeks to generalize in more than one Arab country.”

Meanwhile, Iran and Hezbollah continue a crackdown on the free press, shutting down newspapers and threatening journalists who oppose their dominance.

And all the while, Iran’s project in Lebanon seems less and less sustainable, causing a nationwide outcry and a likely economic collapse for both countries.

This is a major threat to Lebanon and its inability to form a government today is a sign that the problem lies in the terrorist group and its masters. Hezbollah and Iran want to stop anyone from confronting the Iranian occupation of Lebanon, which is why they pulled the plug on a Lebanese meeting to discuss the topic; something that Hezbollah would never have been able to do on their own.

Amin wrote: “The most dangerous thing Lebanon is facing amid the Iranian hegemony is generalizing fragility in everything at the level of the state, national belonging and freedom. It is my estimation that Lebanon will not give up no matter how fierce and strong this new tutelage, which only brings ruin and decay, is, and while tutelage destroys, it’s the Lebanese people’s destiny to build.”