Iran’s Car Deaths Are No Accident 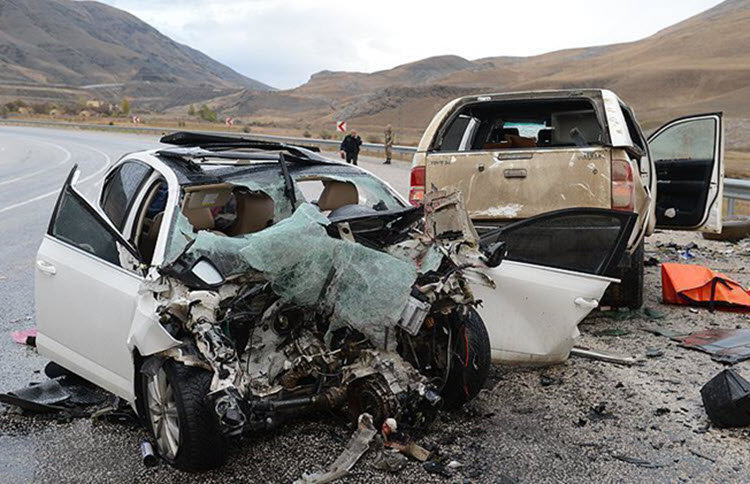 London, 1 Nov – Roughly 50 people are killed and 650 injured in road traffic accidents every day in Iran, according to the police chief of Khorasan province, but when even the health minister admits that the crash rate in Iran is 100 times the world average, how long can we continue calling these accidents?

• Ranking: Iran comes 189 out of 190 countries in terms of unsafe driving accidents. Only Sierra Leone comes behind Iran.

• Comparisons: Iran has 32 times more car accidents than the UK, 25 times more than Japan, two times more than Turkey, and 100 times the world average, even though many countries actually have more cars on the road than Iran.

The police chief of Khorasan province called these road accidents a “hidden war”, which is apt because we never hear about them. Maybe because the Government is trying to cover it up to avoid facing a socio-political crisis.

Often, when these crashes are reported in the state-run media, the blame is rested on the driver for speeding or negligence, but it doesn’t seem right that Iranians are somehow worse drivers than the rest of the world.

Instead, it’s more likely that this is the Government’s fault for building unsafe roads, allowing unsafe roads to still be passable, failing to pass car safety regulations, and ensuring that their people are forced to drive worn-out cars because of poverty.

For nearly 40 years, the Iranian Government has applied an incompetent policy to road safety that fails to meet international standards, but if they made some simple changes, then thousands of lives could be saved each year. And honestly, we know that saving the lives of its people comes pretty low on the Iranian Government’s list of priorities, so what about if we said that it would also save them money?

Currently, Iran spends $31 billion (or 7% of the country’s GDP) on the aftermath of accidents and that could be dramatically reduced if the Government would just make some changes. Sure, it would cost them a little bit of money to make the improvements, but that would more than pay for it over time.

But the Government won’t make these changes, because they don’t care about their people.

How foreign firms tried to sell spy gear to Iran

Reuters: Documents seen by Reuters show that a partner...

Iranian Regime is Godfather of ISIS