Protests Grow Across Iran in Last Week on October 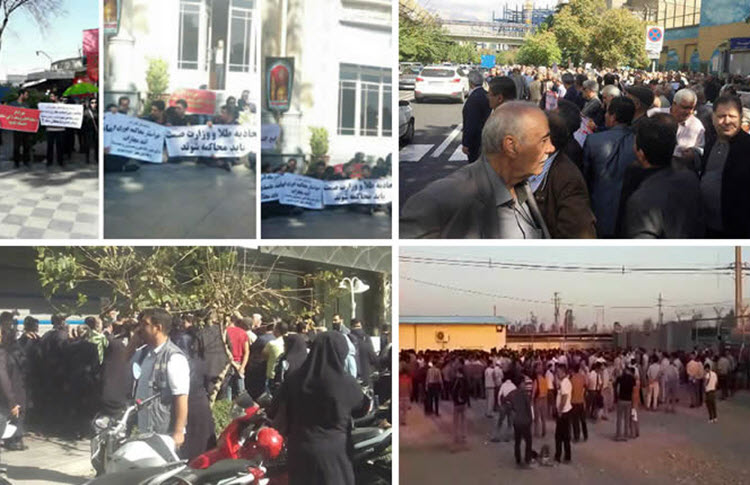 London, 2 Nov – Protests and strikes across in Iran and growing in number and size by the day and with each new demonstration the government loses more control, so let’s take a look at some of the rallies from this past week.

• Bandar Mahshahr, southern Iran: Workers at the Farabi petrochemical site entered the 10th day of their strike for improved working conditions. This is the third time they’ve been on strike since March.

• Kashan, central Iran: Power plant employees are striking because they have not received any wages since March.

• Isfahan, Najaf Abad, and Lenjan: Farmers are protesting because the authorities have failed to provide them with their share of river waters. 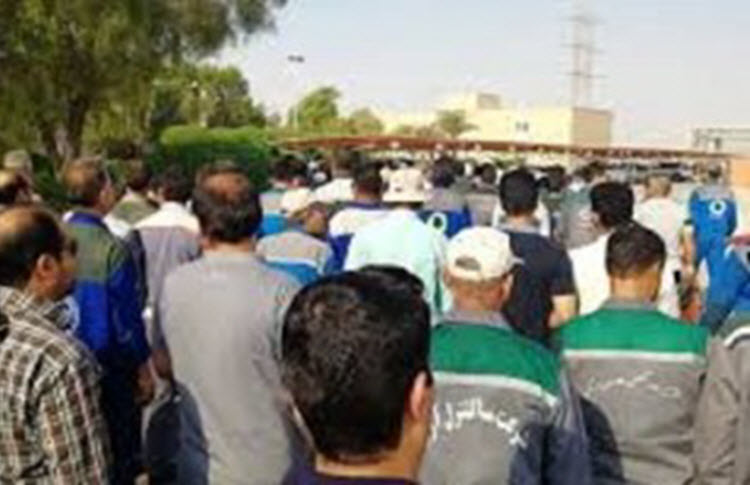 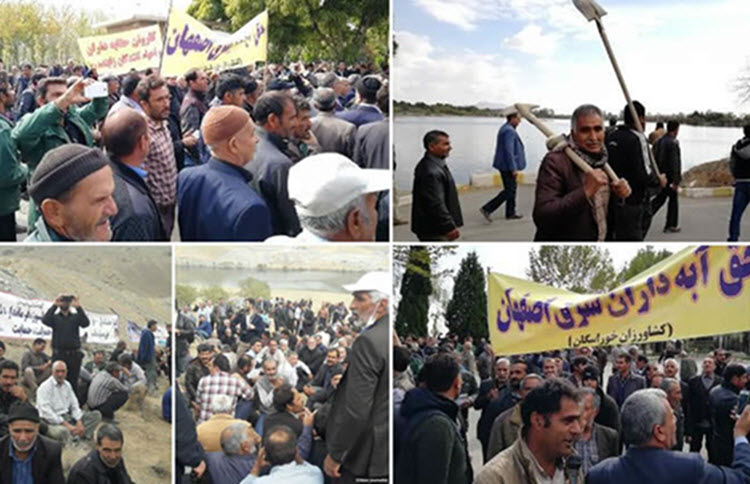 o Clients of the Caspian credit firm, which is linked to the Revolutionary Guards (IRGC), gathered outside Caspian’s main office calling for their plundered money back, with the chant: “Caspian has stolen from us, the government is supporting its measures”.

o Clients of the Alborz Nahal Neshan credit company rallied outside Bank Keshavarzi to demand the return of their stolen life savings.

• Javanrud: Street fruit vendors staged a protest against the rising cost of fruit outside the mayor’s office.

• Najaf Abad, Qahderijan and Fouladshahr: Farmers went on strike because they have not received their full share of river waters, with a banner that read: “What happened to our Zayanderud (a local river)?”

• Shushtar: Farmers parked their tractors in one area and began a protest over their demands not being met.

• Abadan: Employees from the transportation sector of the Abadan oil refinery held a rally to demand their delayed paychecks and pensions. 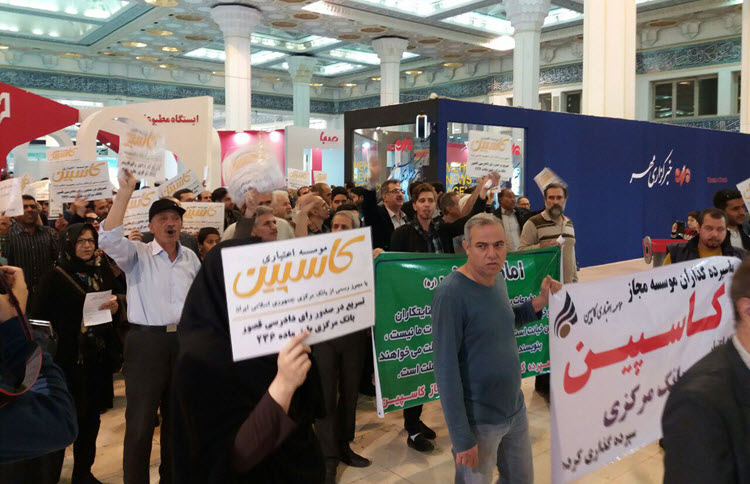 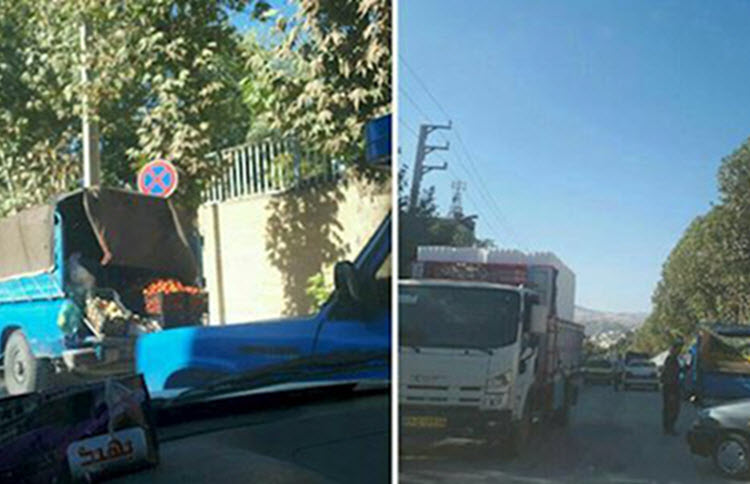 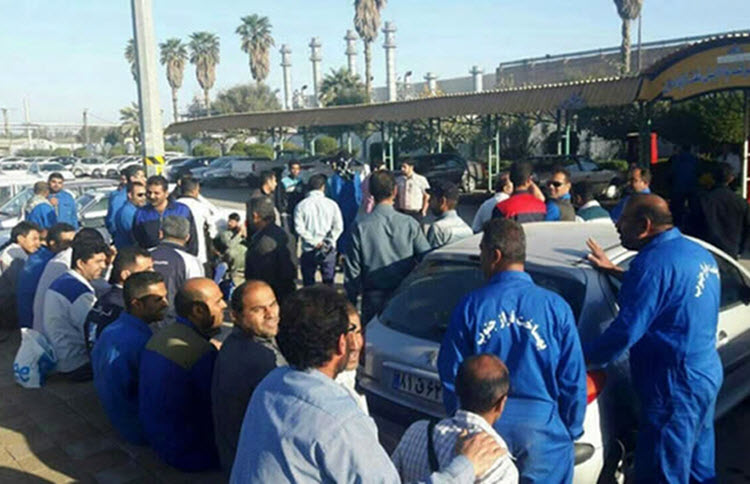 Rail workers from Khorasan, Azerbaijan, Lorestan, Isfahan, Zanjan, Eslamshahr, Karaj, Shahroud, Semnan, Damghan, Gorgan, Varamin, Arak, Urmia (Orumiyeh), Andimeshk, Zahedan and Diezel went on strike to demand the payment of their wages, which have now been delayed for three or four months. Retirees are also protesting that they have not received their pensions for six years. 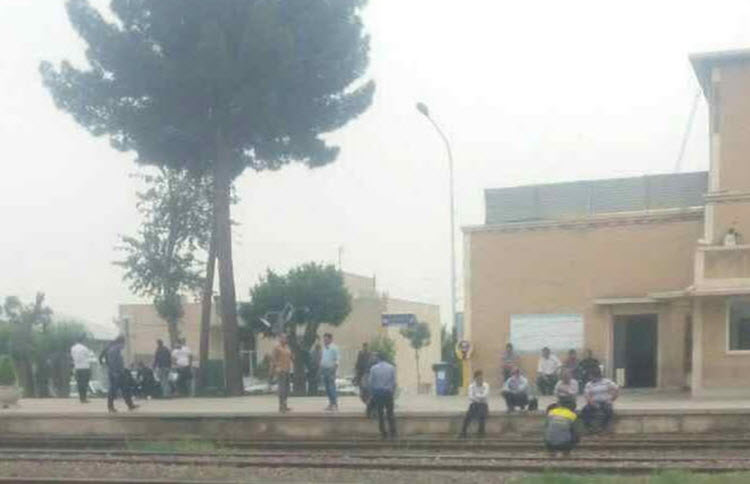 This is their third round of nationwide protests in the past six months, along with plenty of smaller protests in between.

The protesting workers issued a statement, which read: “We railway workers are among the most deprived branch of society and the wages we are from contracting companies are provided at a very minimum. In the best of circumstances, a railway worker is receiving 15 million to 17 million rials a month ($107 to $121). Most of this goes to provide for the mortgage, water, electricity, and gas. Even if we are able to pay for these expenses, it will be through extreme difficulties and even further dilemmas will come our way.”

By Jubin Katiraie The rial plummeted yet again, setting...

AFP: Iran said on Wednesday it has produced around...