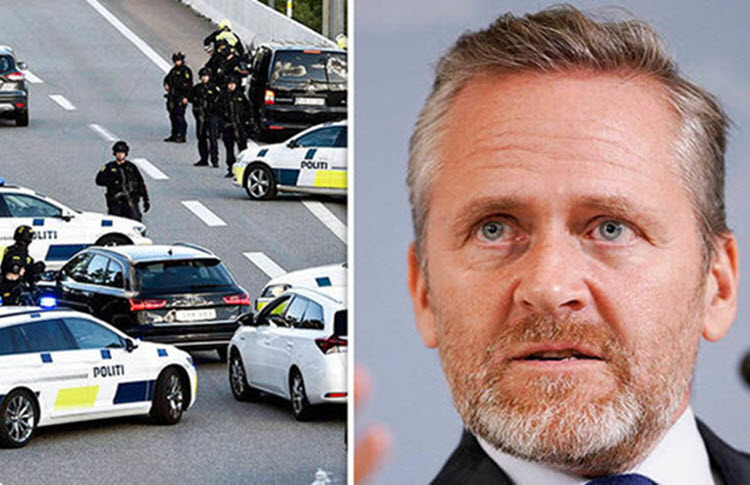 Samuelsen explained that Denmark would urge the EU to bring in new sanctions against the mullahs. Denmark recalled its ambassador from Tehran later that day.

Of course, this is not the only act of terror that Iran has committed (or attempted to commit) in Europe. (The US State Department published a comprehensive list of Iran’s attacks on Europe over the past 40 years.) It’s not even the first one this year.

In June, Iran attempted to bomb a rally of the National Council of Resistance of Iran in Paris, which was attended by hundreds of foreign dignitaries, including sitting politicians, and hundreds of thousands of people.

European authorities arrested six people, including an Iranian diplomat, who is now awaiting trial in Belgium. France called back its diplomats from Iran and refused to look at new appointees for Iranian ambassadors, while its foreign ministry explained that there was no doubt that the Iranian intelligence ministry was behind the plot, so they froze some Iranian assets in France.

Yet, with the eyes of the world on them, Iran still went ahead with the Denmark plot, which begs the question: how many more plots are there in the works?

Some people, including President Emmanuel Macron, are reluctant to blame Iran’s rulers for the plots, believing that squabbling factions in Iran may be behind to attacks.

While it is true that the Iranian government is incredibly divided, we should make clear that it’s not a case of moderates versus hardliners. They are not divided because they have different views on how Iran should be run, but rather because the impending death of Supreme Leader Ali Khamenei has locked the mullahs into a power struggle about who gets to take over from him. And this is not a new thing. In fact, the same struggle was noted in a 1990 Rand Corporation report after the death of Supreme Leader Ruhollah Khomeini.

But the hard truth is that, while perhaps one or two attacks may have been blamed on one faction trying to make the other look bad, the same cannot be said of 40 years of terrorist actions. Especially not in a country, where the Supreme Leader has the final say on everything.

It’s good that Denmark is getting tough on Iran, because it might mean that the rest of Europe will too. Hopefully before another attack.

Ashton to visit Turkey ahead of Iran nuke talks