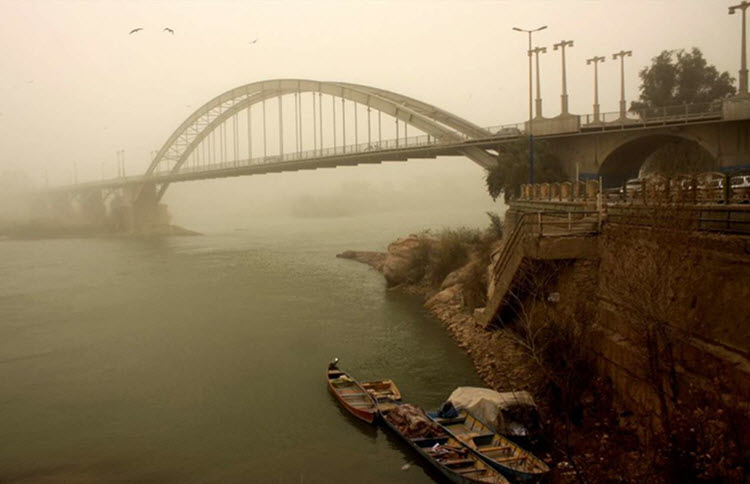 London, 7 Nov – Khuzestan has played a major role in the history of Iran. It was once regarded as a highly prestigious place with two important ports – Khorramshahr and Abadan. It was not just the people of Iran that held Khuzestan with such high regard – it was the whole of the region.

Even before the oil was exploited there, the province was extremely prosperous. Then came the Abadan refinery – one of the largest in the world. Complete more than a century ago, it was a pivotal part of the country’s history and culture.

When Shah Mohammad Reza Pahlavi was in power, the town of Abadan exuberated wealth and good fortune. There were plenty of employment opportunities and money at that time. Iranians still remember those days with great fondness, but also with great bitterness about what it has now become.

The rest of the country was destroyed too, but the change in Khuzestan was the most notable.

IranWire points out: “In the 1986 census, the population of Khorramshahr was listed as zero and that of Abadan as only six while the population of Ahvaz had jumped to 600,000. Abadan and Khorramshahr served as examples of what war can do to cities and its propensity to make refugees of all inhabitants. Between the two censuses of 1976 and 1986, close to 350,000 people migrated out of Khuzestan, which resulted in the net loss of almost 270,000 people.”

During the years of 2011 and 2016, almost a quarter of a million people left Khuzestan. The war had ended by this time so the emigration was because of other issues, most likely economic and environmental problems and social crises.

However, the province has oil and this means that it will always be one of the most important areas in the country. It holds more than 15 per cent of Iran’s gross national product (GNP), and six per cent if oil isn’t factored in.

The province has major unemployment problems and the unemployment rate is 14 per cent (2 per cent more than the national average).

Of the people living in urban areas in the province, more than a third live in shantytowns and decayed areas. Some of this is due to the vast areas of land that have been taken for the cultivation of sugarcane which the government mismanaged.

Another factor is the creation of artificial lakes that has taken away agricultural land, forcing people into urban areas. The opposite problem has also led to the displacement of many – the creation of dams that have dried up wetlands. Agriculture has thus been destroyed.

Pollution, the neglect of urban areas, oilfield exhaustion and dust storms have also contributed to the problems.

Khuzestan reached a state of crisis long ago and the inaction of the government has led to the problem becoming even worse.