Pompeo: Iran Will Face Sanctions Until It Acts Like a Normal Country 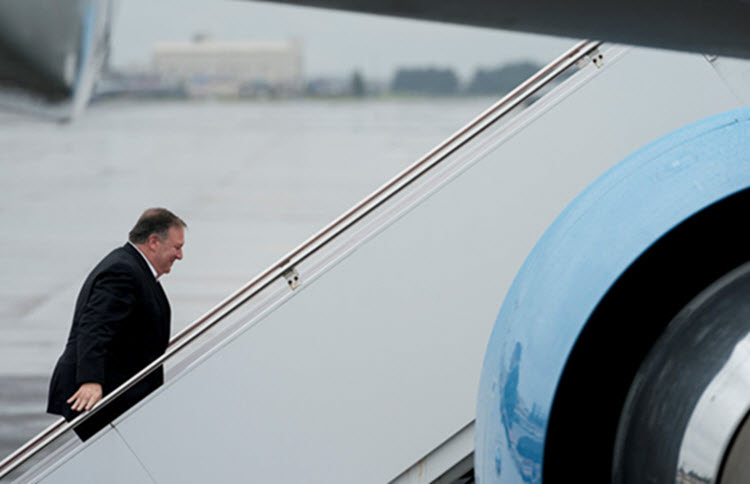 London, 6 Nov – Secretary of State Mike Pompeo vowed during a press conference on Monday that the US will put “relentless” pressure on Iran until it behaves “like a normal country”.

His comments came just hours after the US imposed crippling sanctions against Iran’s oil industry and central bank, with the US Treasury Department reporting that more than 200 individuals and companies in Iran’s shipping and energy sectors, including the Atomic Energy Organization of Iran, and 50 Iranian banks and their subsidiaries have been hit with sanctions. Pompeo promised that these sanctions will accelerate the rapid decline of Iran’s economy.

The sanction is the fulfilment of a promise made by Donald Trump when he pulled the US out of the 2015 nuclear deal in May. Trump withdrew from the deal, citing that it did not protect against Iran’s malign behaviour, especially its support of terrorists and use of ballistic missiles. These “toughest ever” sanctions are part of a massive US pressure campaign to encourage the mullahs to change their behaviour.

Eight countries – China, India, South Korea, Turkey, Italy, Greece, Japan, and Taiwan – have been granted temporary oil waivers, which allow them to continue importing Iranian oil for another 180 days, at which point they must meet the zero limit promised by Trump earlier this year.

Pompeo said that over 20 countries had already completely cut their oil imports from Iran by more than 1 million barrels per day combined, but that these waivers would allow for oil prices to remain steady.

While Treasury Secretary Steven Mnuchin said that the US will “aggressively enforce” the sanctions and that European countries and the SWIFT bank-messaging system are expected to honour them.

Reactions from around the world

Iranian President Hassan Rouhani vowed to evade the sanctions, although it is not clear how he can do that, and called this a “war situation”, as Iranian state television aired footage of military manoeuvres across northern Iran. However, with Iran’s economy in the toilet and faced with mass protests, the Regime won’t be able to hold out too long.

The Chinese Foreign Ministry said that Beijing regretted the US decision and that it stood with the countries – Britain, France, Germany, and Russia – that have vowed to keep the Iran nuclear deal alive despite America’s withdrawal, but China and the rest of these countries are still subject to US sanctions.

Iran: Suspending enrichment not an option