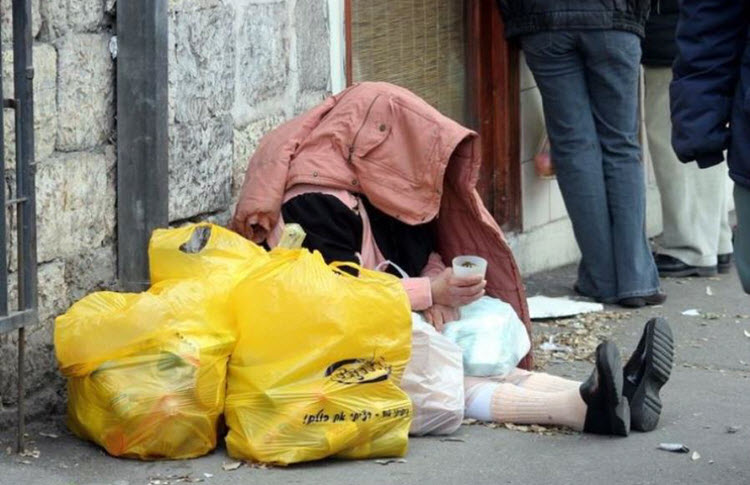 London, 12 Dec – Eleven per cent more people in Tehran and the surrounding areas have fallen below the poverty line since spring 2018, due to a sharp depreciation in the value of Iran’s currency (the rial), according to the Parliament Research Center of the Iranian legislature.

The poverty line in Iran is currently set at a monthly income of around 28 million rials for a family of four, which equates to roughly $233 based on the free market exchange rate or $480 based on the Iranian government’s artificial exchange rate recorded in the upcoming government budget.

This news means that compared with spring 2017, 22 per cent more people are living under the poverty line in the greater Tehran region.

Of course, it is not just Tehran. Many other large cities have seen more people fall below the poverty line as their purchasing power has declined. More worrying information from the parliament research centre is that rural areas appear to be more affected by the poverty crisis than cities, something that is quite unusual.

The increase in wages has been insignificant and is nowhere near enough to combat massive inflation and improve the purchasing power of ordinary people. Many Iranians have been unable to buy necessities, as they’ve soared in price as a result of the falling national currency.

Even imported items like food or raw materials, bought using the subsidised dollars that the government gives out to major importers, are more expensive. This is largely because the imported goods are sold to the public at much higher prices at the retail level so that the importer can make even more of a profit.

In December 2017, one US dollar was valued at 40,000 rials on the open market. Over the course of the past year, there have been dramatic changes in the exchange rate, with the cost of one US dollar even reaching 200,000 rials in early October, but now one US dollar is worth 120,000, which represents a three-fold increase.

However, it is unclear how long this will last as strict US sanctions have put massive restrictions on Iran’s oil exports. This will be especially obvious in March when the sanctions waivers on Iran run out. Indeed, there may soon be another fall in the value of the rial.

Major protests and widespread strikes have shaken Iran this year and dealt a blow to the already unstable Iranian economy. If the poverty crisis worsens, so to will the levels of unrest in the country.